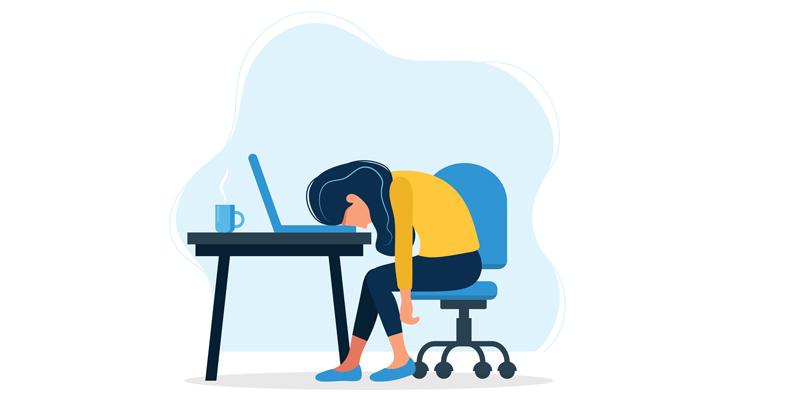 “Why are teachers so stressed out?” they ask, “Surely they’ve got less to do now that technology has become so much more integrated into their daily working lives?”

I look for the sense of irony on their face. It’s not there. The person continues.

“Now that schools are using online apps for homework, and have better parent communication systems, and so many of them aren’t doing physical marking, it feels like things must be much easier for teachers, no?”

You know those moments where a child has done something completely ridiculous? Like, they’ve brought their goldfish to school in a Persil washing ball, or produced a George Foreman grill from their bag at lunchtime and are hunting for a plug so they can toast their sandwiches? There’s that moment, just before you speak, when you can’t believe that you’re about to explain why something is inappropriate, and yet there you are having to do it.

“Yes, yes,” says the concerned person, “all the social distancing, but that doesn’t add to workload!”

If all of this seems pessimistic, it’s backed up by our latest Teacher Tapp data

“Except, it sort of does,” I say. “Because, let’s say you’ve previously planned all of this year’s lessons to start with a textbook exercise. Only you can’t now pass out textbooks. So that’s got to change. And maybe your lessons were always 55 minutes before, and now they’re 50 minutes because pupils need more time to change over in the corridors. It doesn’t sound like a big adjustment but it actually is. So more tweaks are needed.

“Then there’s the fact that you can’t rely on pupils having learned what you needed them to know in the previous year, the loss of coursework in some subjects, the changing around of exam syllabuses and the fact that all group- and most pair-work is now cancelled. Any lesson with those planned in needs changing too.”

“You still have to log into your online system, make sure it’s uploaded, and downloaded, or ticked off. There are often questions from pupils, passwords that need to be reset, and so on. If you’re in a school with whizzy computers this can be quick, but if you’re chugging along on old systems, or in a school with limited access to a computer room and no laptops, that’s just added time too.”

“We haven’t even got into the difficulties of trying to write a lesson so that it can also be done remotely on a computer, or without one, given that teachers can’t rely on every pupil being in school, or having a device or internet when they aren’t in school.”

If all of this seems pessimistic and anecdotal, it’s backed up by our latest Teacher Tapp data. In the past few years, our surveys had shown a gradual decrease in the amount of time teachers spent on planning and marking. Marking went first, and then, as schools redid their curriculum around the new Ofsted framework, time on planning went up, but then back down.

Unfortunately, in the past half-term, the amount of time on marking and planning has shot back to 2018 levels. And, oddly, it doesn’t seem to correlate with whether or not a school has moved to online homework or lesson systems because in truth, each has their own associated workload.

This isn’t to say that technology hasn’t helped in some places. Teachers have said they are now using things such as voice recordings rather than physical marking for homework, and many do find it easier to keep track of digital homework rather than paper-based. But in terms of workload, in the last week before half-term, more than 40 per cent of teachers recorded working more than 50 hours and one in three headteachers worked more than 60.

Tech is not saving us all just yet. There is a long way to go.

All signs point to even greater pressure on schools post-Covid

The digital divide is only one of the challenges facing edtech