The Education Policy Institute has published analysis of teacher numbers and spending trends in England.

Here are some of the most interesting findings.

In secondary schools, average teachers’ salaries fell by £2,700 or 6 per cent. 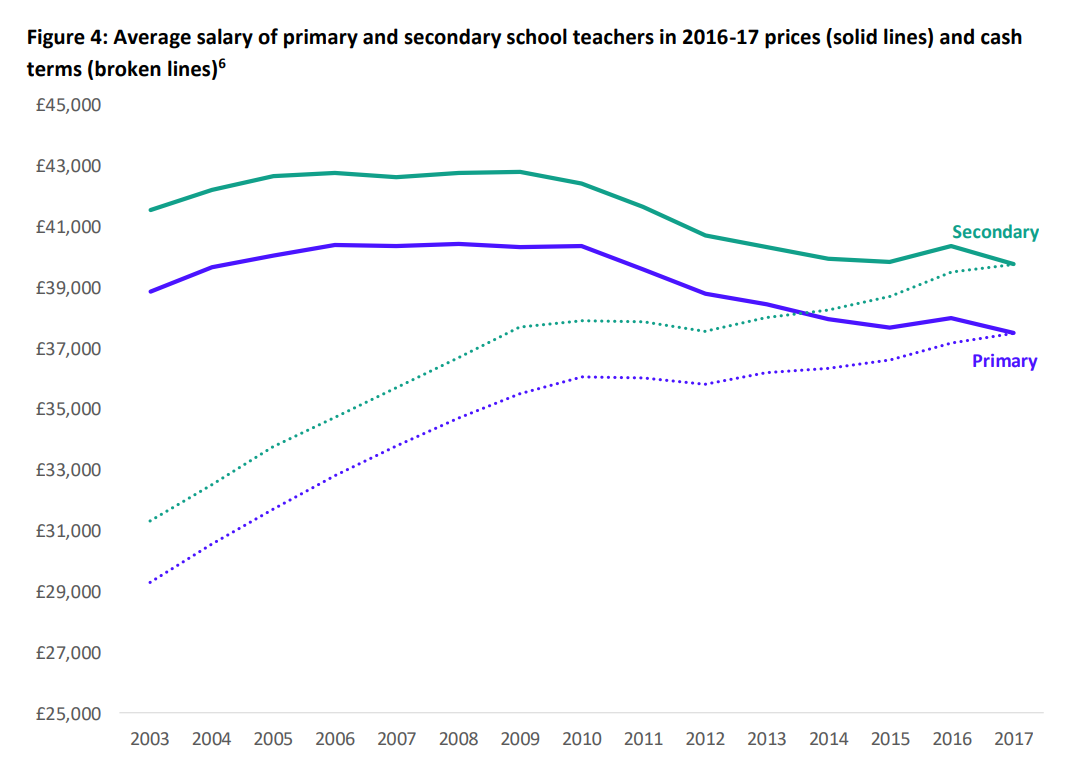 At the same time, per-pupil expenditure on teachers increased by just 17 per cent. 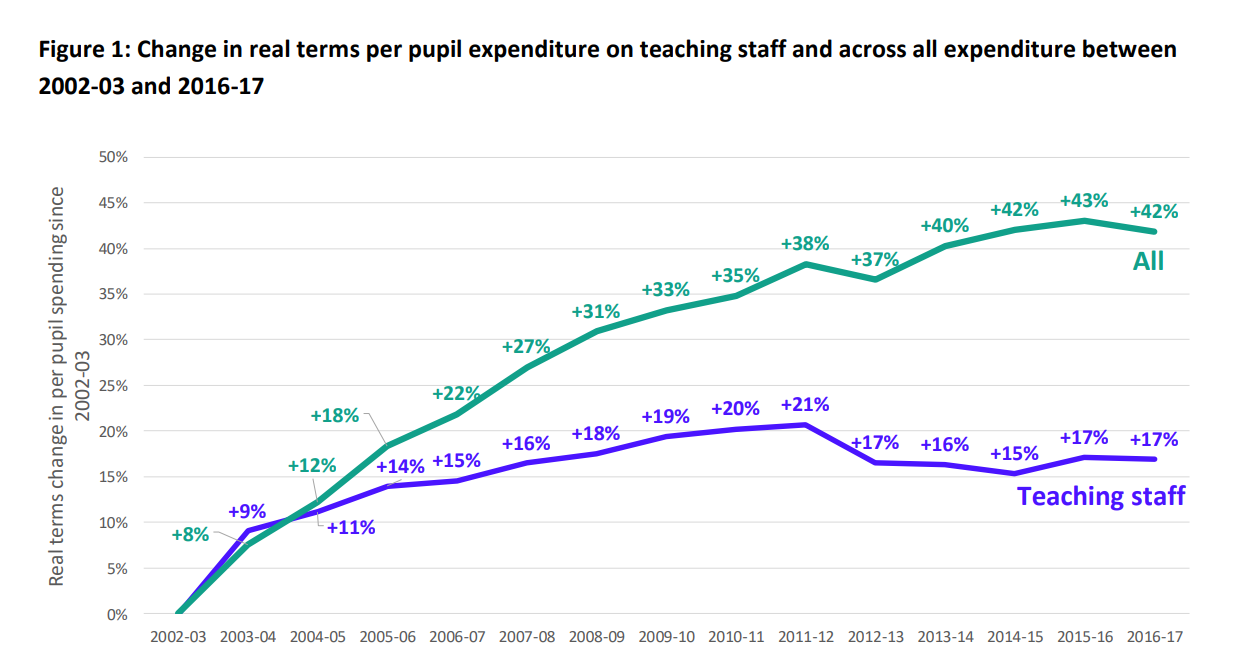 “The number of teachers at state-funded schools in England has increased by 12 per cent since the turn of the century,” the analysis states.

“But in recent years the number of teachers has been relatively flat while pupil numbers have been increasing due to a population bulge that started early in the new millennium.” 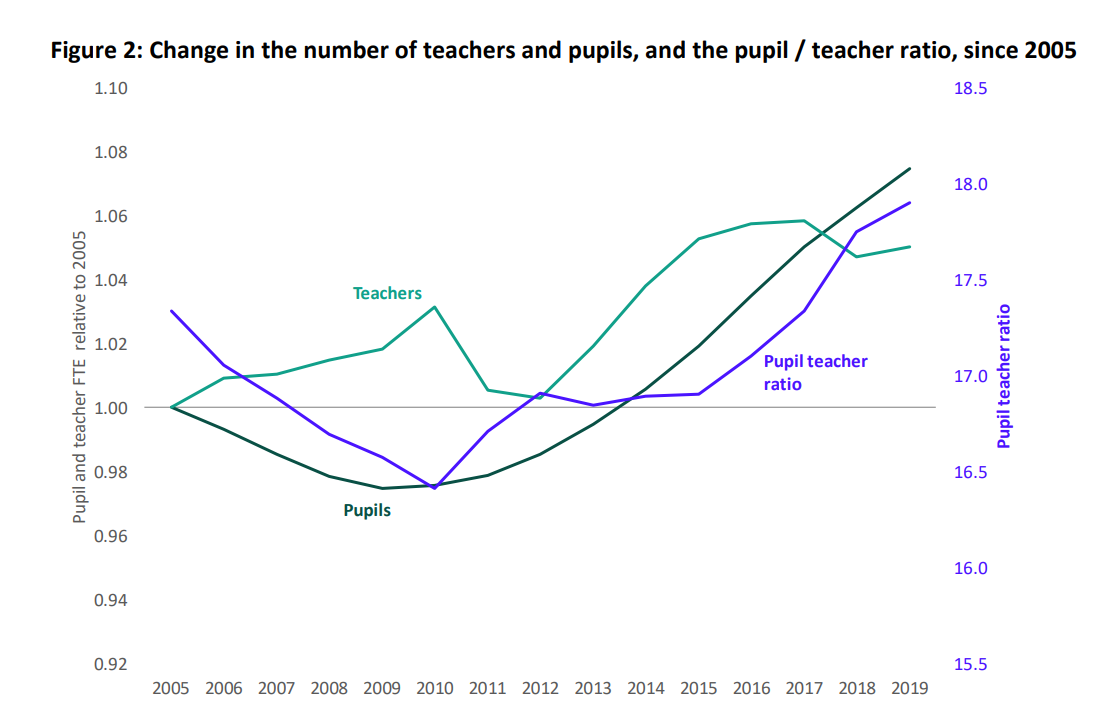 Teacher costs account for around half of all spending by schools in England, meaning substantial changes to teacher pay has a knock-on effect for schools.

The government announced last year that it will increase teacher starting salaries to £30,000 in order to attract more would-be teachers to the profession.

According to the EPI, the recently proposed teacher pay increases “will create a pressure on the largest area of school spending”.

However, the government has said it won’t publish information about the affordability of the rise until later this year.

5. Teacher spend in London is not as high as you’d think

The analysis found that median per pupil expenditure on teachers in London was around 8 per cent higher than it was outside the capital for primary schools and around 9 per cent for secondary schools.

However, the EPI found these differences were actually smaller than what the DfE calculated through its area cost adjustments for funding, which is where school funding is adjusted to account for higher salaries in the capital.

Through this process, the DfE calculates that salaries will be around 19 per cent higher in inner London and 10 per cent for outer London.

The EPI said the lower-than-expected differences implies that London has “disproportionately more teachers who are in some sense ‘less expensive’ – for example early career teachers”.

“This is consistent with other research that shows that London’s teaching workforce is on average younger than other regions, and that teachers are more likely to move out of London than other regions as they build their experience.”

The EPI looked at the spending patterns of secondary schools that joined large academy trusts.

These schools also saw “some of the largest fluctuations in their pupil teacher ratios”.

“This could reflect a different approach to workforce management and deployment in these trusts, though we do not demonstrate in this analysis precisely when such a change occurred,” the analysis concluded.