The idea that teachers are not motivated by pay is misleading and not backed by evidence, according to a leading researcher.

In fact, teachers with degrees that could let them earn more money in another job are more likely to leave the profession, Sam Sims, a researcher at Education Datalab (pictured below), has found.

His findings seemingly contradict those of the National Foundation for Education Research, which has discovered that teachers who quit for pastures new take an average pay cut of 10 per cent.

This, according to Sims, is correct – but NFER did not account for teachers’ degree subjects, and the effect those have on their decision-making.

Shortage subjects in schools tend to be those with which teachers can earn more in another profession, he told delegates at the Festival of Education in Berkshire last Friday.

Where the median salary of a ph 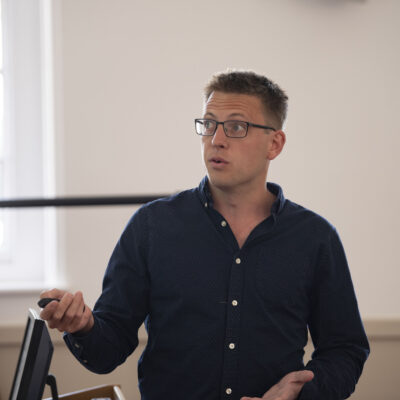 ysics teacher is £31,600, a non-teacher with a physics degree earns £6,400 more than that on average. Similarly, a maths graduate will earn £4,500 more outside of teaching.

Maths and physics recruitment in schools is slumping: only 68 per cent of the required number of physics trainee teachers signed on in the last round, alongside 79 per cent of the necessary maths trainees.

In other subjects, which are sometimes oversubscribed, the job prospects outside of education are less rosy. For example, PE teachers earn £8,100 more than their counterparts who go into other jobs. For an English graduate in teaching the average salary is £2,700 more if they teach, and for language teachers it’s £3,500.

Sims welcomed the government’s announcement last year that all maths graduates will get an upfront payment of £20,000 when they become secondary school teachers. Those who stay on will then receive two further payments of £5,000 in the third and fifth year of their careers.