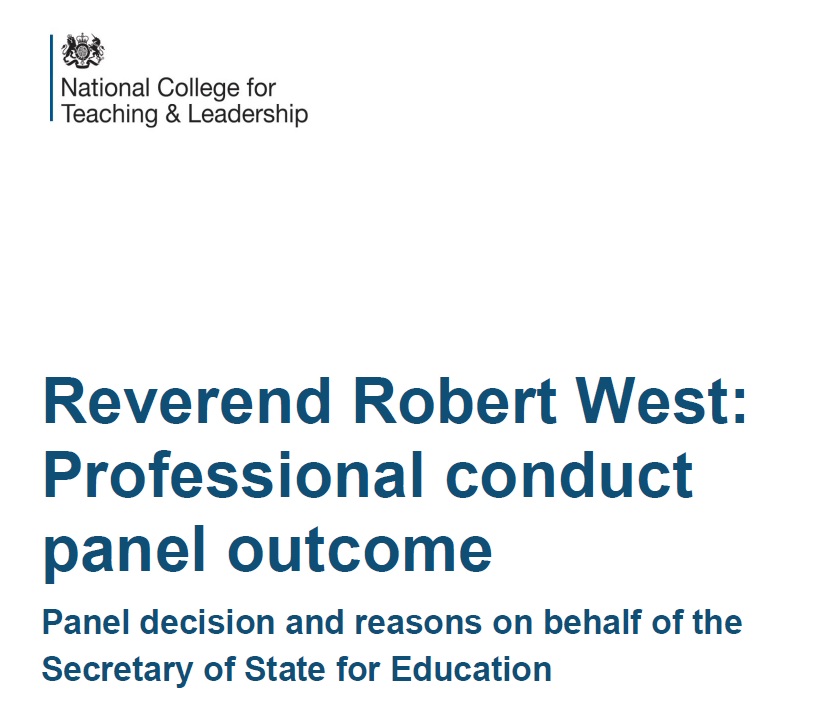 A supply teacher has been banned from the classroom after telling an AS level class that “Muslims worship the devil” and he was “allergic to Mohammedans”.

At a hearing of the National College of Teaching and Leadership (NCTL) on May 1, the details of which were published today, the panel heard allegations that West made derogatory remarks about non-Christian faiths.

In a class on November 8, 2013, when asked by a pupil if there was anything wrong with being a Muslim, he stated “yes because we are fighting them”.

The school was made aware of the concerns, but he was allowed to continue teaching after being reminded that the school was diverse.

It was then heard that with the same class a week later, he said to the pupils “I assume you are all Christians”, “any Non-Christian God is demonic”, “Muslims worship the devil” and “well there is one god and if not worshipping him, then you are worshipping the devil”.

His contract with the school was terminated November 14, 2013, after these comments were made.

In an email sent to the school’s principal on December 9, 2013, West wrote: “I am not prepared to teach trash to satisfy politically correct criteria set in the Education Department who are trying to give the false impression in a multi faith (multi conflict) society that the history of religion has been one long saunter written by WALT DISNEY with foxes dancing and singing with chickens instead of eating them!”

The report from NCTL said: “Reverend West has taught in a number of educational settings. The panel is satisfied that with his background and experience Reverend West should have understood and appreciated that he was in sensitive territory with his approach to the lesson he was teaching.

“This is even more the case for the lesson on 14 November in the light of the advice he was given by senior staff at the school following the complaints about the lesson on 8 November.”

It added: “The panel concludes that Reverend West allowed personal views alluding to the modern world to interfere with his teaching of the Crusades. The panel is in no doubt as to the impact upon the pupils who believed they were hearing intolerant and disrespectful opinions.”

West, who denied all the allegations, can apply for the banning order to be lifted after three years.