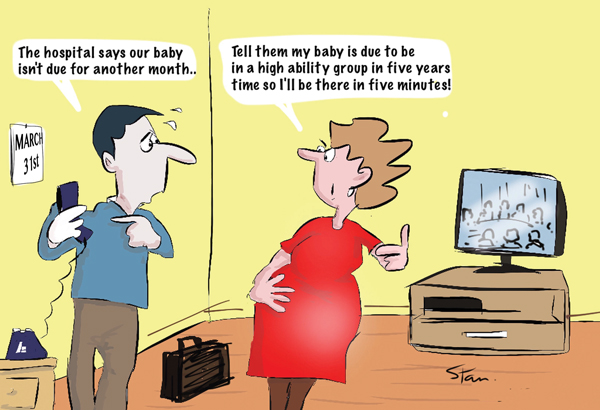 Children born in August are 90 per cent more likely to be put on the special educational needs (SEN) register, an Education Select Committee member revealed during a one-off evidence session this week at the Commons.

Conservative MP Neil Carmichael offered the statistic on Wednesday as further evidence of the difficulties experienced by summer-born children – defined as those born between 1 April and the end of August – who typically have lower achievement than their classmates whose birthdays fall earlier in the school year.

Tammy Campbell, researcher and analyst at UCL Institute of Education, said: “If [being SEN] means they are actually getting targeted, useful support, and labelling and stereotyping is being avoided then it might be helpful.

“However, my research has shown if a child has a diagnosis or label of SEN, teachers tend to think they are less able because of that diagnosis. So, they would just have lower expectations of them, they would have less challenging work, and so on, so there is a potential negative effect there.”

Hearing these concerns, school reform minister Nick Gibb noted that: “There are other ways of supporting these children, through the pupil premium for example.”

Committee chairman Graham Stuart asked Mr Gibb if he believed his own date of birth – 3 September – had an advantageous impact on his education and career.

All but one of the current education ministers are autumn- or winter-born. Sam Gyimah is the only ‘summer-born’ minister, with an August birthday. Secretary of state Nicky Morgan was born in October.

Mr Gibb explained that he had attended various schools and said he was, at different stages, either the oldest or the youngest in his year groups, adding: “I was definitely stretched.”

The prospect of a later school start for children born in the summer was raised, but Mr Gibb dismissed the idea.

He said: “I don’t think there is any evidence that having a later school age would address any of the very real concerns… raised by the group we heard from earlier.

“I worry that if there were an increase in compulsory school starting age that it would widen the attainment gap between those children from poorer and wealthier backgrounds because they are getting less time in formal, high-quality, education than some of their peers who may well… be at high-quality pre-school settings or have a very good education from their home life.”

Mr Gibb said the DfE would look into the issue of when premature children should start school, particularly those born prematurely in the summer months.