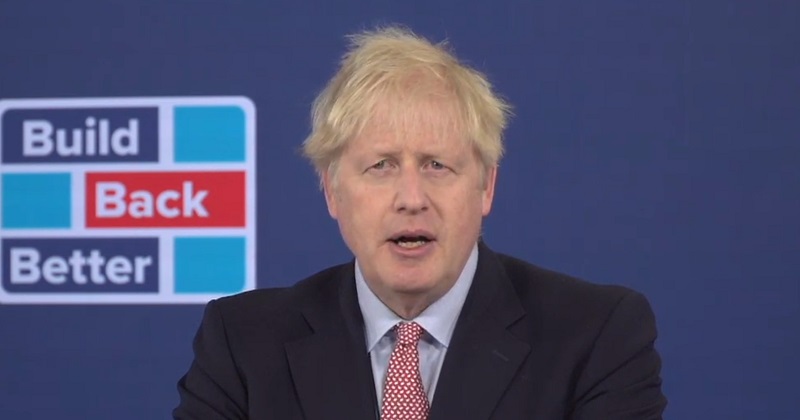 Boris Johnson has announced the closure of schools to most pupils until at least February half term.

The announcement was light on detail, and further guidance hasn’t been put out yet, but here’s what we know so far.

1. Schools to move to remote learning

Johnson announced this evening that schools will move to remote learning for all but vulnerable pupils and children of key workers from tomorrow. In September, the criteria for vulnerable children was broadened to include those struggling to access remote education.

The partial closures will be in place until February half term at the earliest. Johnson has said he hopes pupils will be able to return after the break.

This replaces the previous approach, which had different term start dates for different age groups of pupils and for schools in different parts of the country.

2. Exams won’t go ahead as planned

Government guidance states that ministers “do not think it is possible for all exams in the summer to go ahead as planned”.

The government “will accordingly be working with Ofqual to consult rapidly to put in place alternative arrangements that will allow students to progress fairly”.

It has been confirmed that vocational exams, some of which are due to be sat tomorrow, will still go ahead.

But there’s confusion about what this means for GCSEs and A-levels.

The Telegraph has reported that “one option under consideration is for some core subjects, such as maths and English, to be examined, with other subjects reverting to course assessment”.

However Michael Gove contradicted that on Tuesday morning, stating all GCSEs and A-levels had been cancelled. Education secretary Gavin Williamson is due to make an announcement on Wednesday.

The PM said earlier tonight that the government’s advice to clinically extremely vulnerable people was to start shielding again, as they did during the first lockdown.

Government guidance released tonight states that clinically extremely vulnerable people “should not attend work, school, college or university, and limit the time you spend outside the home”.

Tonight’s announcement represents the government’s fourth and fifth U-turns on schools in five days – one on school reopenings and another on exams.

Last week, ministers U-turned to announce further delays to the start of the new term for secondary schools and new delays for some primaries.

The government then U-turned again to place more areas of London on a list of Covid “hotspots” where primary starts would be delayed after legal threats from excluded councils.

And it U-turned a third time when it announced that testing in secondary schools would be mandatory.

5. Children with at least one key worker parent eligible

In an email sent to headteachers, seen by Schools Week, the DfE has confirmed that pupils will be eligible to attend school if at least one parent or carer is a critical worker.

It is “not necessary for both parents to be critical workers”, the email states.

The email refers to the government’s list of critical workers, which was last updated on December 31 “to include new workforces whose work is critical following the end of the EU transition period”.

Schools and colleges “should speak to parents and carers to identify who requires a school place”, and if necessary can “ask for simple evidence that the parent in question is a critical worker, such as their work ID badge or pay slip”.

The DfE’s email to heads states that vulnerable children are expected to attend school full-time, and any absences should NOT be marked as code X (following public health advice) unless the pupil is “shielding, self-isolating or quarantining”.

However, if a parent of a vulnerable child wishes their child to be absent from school, the parent “should let the school know that the pupil will not be attending”, and the DfE “expects schools and colleges to grant such applications for leave given the exceptional circumstances”.

Such absences “should be recorded as code C (leave of absence authorised by the school) unless another authorised absence code is more applicable,” the email continues.

Critical worker parents and carers “should let schools know if their child will not be attending and, if not, schools should grant a leave of absence (code C) given the exceptional circumstances”.

All pupils who are not expected to be in school should be marked as code X because “because they are following public health advice”.

The government has also confirmed it has once again disapplied legislation that penalises parents for not sending their children to school.

This was done during the last lockdown, and applied between May and August, but the normal regime for managing school attendance was reintroduced from September.

7. Food parcels for FSM pupils – but no mention of vouchers

During his address to the nation last night, Johnson pledged “extra support” to ensure pupils entitled to free school meals “will continue to receive them while schools are closed”.

Food parcels “must be distributed in line with guidance on social distancing at all times. During the national lockdown, families can continue collecting parcels where appropriate social distancing measures are in place”, the email adds. There is no mention of whether the national school meal voucher scheme, which operated throughout the first lockdown, will be restarted.

In an email to headteachers sent Monday night, the DfE stated that during the national lockdown, “schools, alternative provision, special schools, and colleges will remain open to vulnerable children and young people and the children of critical workers only”.

However, in a tweet sent out by the DfE on Tuesday, the department said alternative provision and special schools “will remain open”.

Some special school leaders have pointed out that because they have 100 per cent of pupils with education, health and care plans, they will effectively remain fully open even if the instructions in the DfE email were in force.

9. Mass-testing in secondary schools ‘should continue’

Before the announcement, secondary schools had been due to begin mass testing of pupils and staff, and schools had reported that equipment had begun to arrive on Monday.

According to the DfE, the coronavirus testing programme “should be continued to enable weekly testing for staff and daily close contact testing for those staff and pupils attending secondary schools and colleges”.

The programme “also allows schools and colleges to test pupils on return”, the DfE said in its email.

The DfE has told schools the level of remote education it expects from schools…
• set assignments so that pupils have meaningful and ambitious work each day in a number of different subjects
• set work that is of equivalent length to the core teaching pupils would receive in school, and as a minimum:
• primary: 3 hours a day, on average, across the school cohort
• secondary: 4 hours a day, with more for pupils working towards formal qualifications this year
• provide frequent, clear explanations of new content, delivered by a teacher or through high-quality curriculum resources or videos
• have systems for checking, at least weekly, whether pupils are engaging with their work, and inform parents immediately where engagement is a concern
• gauge how well pupils are progressing through the curriculum using questions and other suitable tasks, and provide feedback, at least weekly, using digitally facilitated or whole-class feedback where appropriate
• enable teachers to adjust the pace or difficulty of what is being taught in response to questions or assessments, including, where necessary, revising material or simplifying explanations to ensure pupils’ understanding