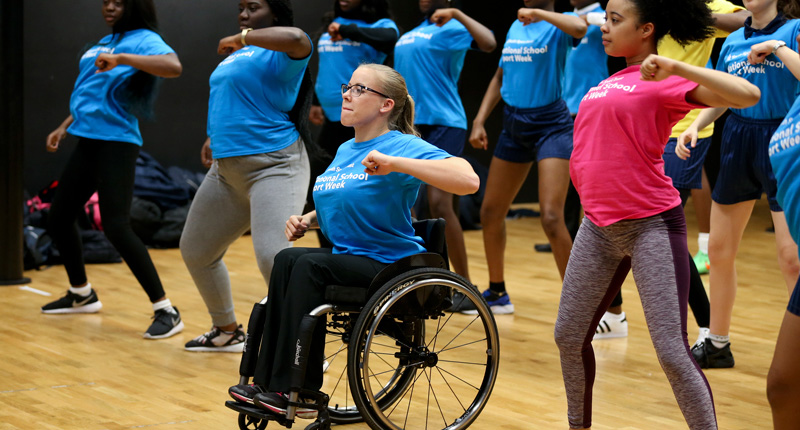 The pair, both Youth Sport Trust ambassadors, the charity that runs the
week, joined the year 9 east London students for a specially designed dance session led by Wyatt before joining in a series of
Paralympic challenges linked to the sports of boccia, goalball, sitting volleyball and athletics.

Wyatt, who is now a dancer and choreographer, says it was “really exciting” to work with Cockroft to show that “there is something for everyone.

“I struggled at school and wasn’t into mainstream sport but I found my love and passion for physical activity through dance and want to share that.

“The event with Chobham gave students a range of activities to try out so they can each find what they love. I loved trying out some inclusive sports too.”

More than 4,500 schools took part in this year’s sport week, which aims to build up excitement ahead of the Olympic and Paralympic Games in Rio later this summer.