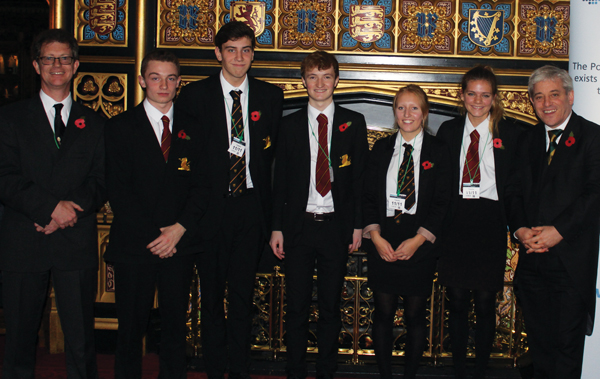 Competing against students from all over the country, the pupils had to make a four-minute video on “EU – In or out?”

The five have been offered internships at the political polling organisation YouGov as part of their prize.

Simon Lemieux, politics teacher at PGS, said: “It all came together at the eleventh hour when the students secured the necessary range of political views to make it a balanced piece and not overtly propagandist.

“In the end they plumped for the Jeremy Kyle format. It certainly made them think and reflect on the complexities of EU membership.”

You can watch the winning video on here.