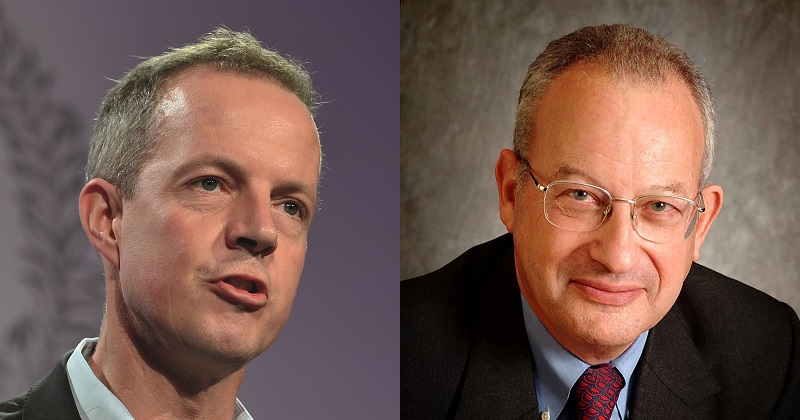 A planned overhaul of post-16 education won’t stop schools offering A-levels and vocational courses like BTECs together, the author of a government review has said.

Lord Sainsbury (above right) has told Schools Week that a shake-up prompted by his inquiry into technical education in England would not prevent schools from offering BTEC and other “applied general qualifications” alongside A-levels.

Many schools and sixth form colleges currently allow pupils to take single-grade vocational courses like BTEC awards along with one or two A-levels, and a decision to scrap large numbers of vocational qualifications had prompted concerns that this might change.

But Lord Sainsbury said this would not be the case because the “vast majority” of BTECs fell in the “applied general qualifications” category – which is not affected by his report.

“If you want to do a BTEC along with an A level, that is in no way affected by this,” he said.

Nick Boles (above left), the skills minister, has announced plans to slim 20,000 vocational courses down to 15 “high-quality” routes following a review of technical education by Lord Sainsbury, which found the system to be unclear and confusing.

The proposal will see pupils choose between an academic and vocational route at the age of 16, with vocational courses grouped into routes such as “creative and design”, “health and science” and “engineering and manufacturing”.

Under Lord Sainsbury’s proposals, which have been likened to Labour’s ill-fated 14 to 19 diplomas from the mid-2000s, each of the 15 technical routes will include a “common core” of English, maths and digital skills.

According to the timeline in the government’s skills plan, procurement for the new technical qualifications will begin in October 2018 for approval in February 2019. First teaching of the new courses will then take place in September 2019.

The plan has been welcomed by Russell Hobby, the general secretary of the National Association of Head Teachers, who said it offered a “clear and coherent structure for technical education” and did not promote a “superficial parity of esteem” but sought to provide “a quality education which will speak for itself”.

“On balance, a core academic curriculum until 16 is the right choice for the majority of students. English, maths and science are the ultimate transferable skills. But the report is right to question the validity of repeated resits of GCSEs post 16,” he said.