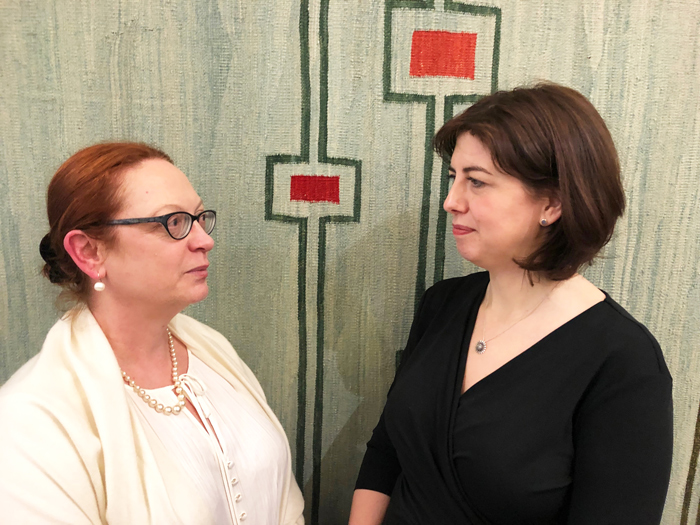 “Using the words chief executive can be unhelpful”

Lord Agnew, the academies minister, has sent out a fifth batch of letters to multi-academy trusts who pay their chief executives high salaries, asking them to justify their decisions. But the government is powerless to do more. We asked Leora Cruddas and Lucy Powell, whether this should change.

How should pay be determined?

Leora Cruddas: The government has decided that MATs should have pay freedoms, so that needs to be upheld. But this is public money, so there are a set of principles trustees should take into account. The Education Skills and Funding Agency’s Academies Financial Handbook says boards need to follow a robust evidence-based process. I would suggest they use our code of conduct, which is based on the Nolan principles of public life.

Lucy Powell: It’s not for me as a politician to arbitrarily say what pay should be. But there’s got to be a relationship between pay rises for leaders and pay rises – or the lack thereof – for everybody else.

From the start, chief executive pay should be pegged against what gets paid elsewhere. But there’s a risk of operating a cartel, where everyone starts nudging it up – there needs to be a lot more scrutiny. The ESFA shining a light on it has resulted in pay not going up quite as much in the last year.

Do Lord Agnew’s letters undermine the concept of autonomy?

LP: This whole idea of school autonomy is a bit of a misnomer. A self-improving system of peer-to-peer support has lifted the tide for everyone – I’m not anti-academy in that sense. But most academies don’t opt out of national pay scales. The idea of autonomy in the curriculum is for the birds. Groups of schools working together to improve outcomes, if that’s what we mean by autonomy, that’s great. But the idea that it’s a system with no oversight where you’ve got standalone units acting autonomously is neither desirable, nor what we’ve got.

LC: I agree. It’s groups of schools working together that we want to protect. I worry about the term “autonomy” being used to protect adult-vested interest rather than what’s best for children. I’m not particularly worried about loss of autonomy. Multi-academy trusts are their own legal entities and all the schools in the group are part of that legal institution.

So the government is right to intervene on chief executive pay?

LC: We do have to be mindful that it’s public money. Using the term chief executive can be unhelpful, because it’s associated with business and profit. I don’t see a problem with the regulator asking some pertinent questions about pay, but I do wonder whether the right questions are being asked. Ninety-five per cent of trusts in England have nobody paid £150,000 or above.

The CEOs I work with are not avaricious

LP: That’s also a big salary. It’s twice that of an MP, twice that of a senior police officer. I’m not sure I’d use that as my base. And your 95 per cent includes primary trusts.

LC: Here’s why that figure is important. It’s because the school teachers’ pay and conditions document allows a secondary headteacher in London to earn just over £148,000* a year. I don’t support the approach of simply writing to those trusts who pay their chief executives more than £150,000. That’s an arbitrary pay cap – some trusts should be able to pay more. It doesn’t make sense that someone responsible for 64 schools can earn less than £2,000 more than a headteacher of a standalone school.

LP: That’s just a maximum. That’s not what heads do earn. And in a trust the heads never earn that, because the trusts take all the cash.

LC: That’s really unfair. The chief executives I work with are not avaricious.

LP: It’s not about them. It’s about those who are.

LC: But that’s a tiny minority.

LP: It’s not for us to sit around the table and decide that. But it’s got to be someone’s job. Of course it should be compared with other public sector organisations – the NHS and police, for example.

LC: I don’t disagree wildly. But it’s already someone’s job; the ESFA set out criteria in the Academies Financial Handbook. We as the sector body have just published guidance, which sets out a rigorous process boards should go through. You have to look at the context of a trust to see what they should benchmark against.

LP: You need to make it a bit easier. We’re constantly asking these very small organisations that are made up of lay people without the skills and know-how, to start from scratch. A lot of trusts would welcome a much clearer steer.

Should there be national pay scales?

LC: I really don’t agree with pay bands. The methodology of extrapolating up from group size isn’t the solution. If you take the largest MAT in England – with 64 schools – it would be disproportionate to say that its chief executive needs to be paid whatever percentile more than the CEO of a trust with say, 45 schools. You’re going to inflate pay.

LP: But that’s only one of a broad number of things you might consider within the pay bands. The chief executive role is a different job entirely from headteacher. Someone who is the CEO of 50 schools is almost in a business development role. They’d be lucky if they went into each school more than one day a year. It doesn’t have to be that the more numbers you’ve got, the bigger your pay.

LC: I agree. But we need to understand the context of each trust, and that each trust should be getting external expert advice on executive pay through benchmarks.

LP: But that’s just money, isn’t it? It’s just another consultant. Do we have to make it that hard?

LC: If we’re going to retain talent in the system.

Should there be a maximum pay cap?

LC: Well, look at Holland Park School [in west London] where it’s £260,000 for a single-academy trust. That’s a joke, and they bring the whole thing into disrepute. The cap would be in essence what the top banding is.

Should donors be able to pay the chief executive whatever they like?

LP: No. Look at the university example, where it’s got completely out of control. Cambridge has just been given a £100 million donation – does that mean the
vice-chancellor can be paid an absolute wodge? It shouldn’t.

School autonomy is a bit of a misnomer

LC: That’s because it’s public life. That’s a point I think we’d both agree on. I feel very strongly about that.

Should there be a stronger mechanism than letters from the minister?

LP: Yes! You need some stick. Absolutely. You need something a lot more robust. You could fine them. If that were a local authority, they would threaten to take the schools off them.

LC: No they wouldn’t! Not on pay. Absolutely would not.

The pay of a MAT CEO shouldn’t be directly pegged to the number of schools or pupils
CEO is a problematic term, as it has connotations of business and profit
Schools are in the public sector and salaries should be benchmarked accordingly
Even if donors are paying the salary, the same standards should apply