Funding for pupils with special educational needs and disabilities has been slashed by more than a sixth, according to new analysis by a leading think tank.

IPPR North found the amount of funding available for pupils with the most complex needs has reduced by 17 per cent across England since 2015.

The north is the worst-affected region, with a drop of 22 per cent over the same period.

The think tank analysed Department for Education funding allocations data and cross-checked it against statistics on the number of pupils with a statement of SEND or education, health and care plan. 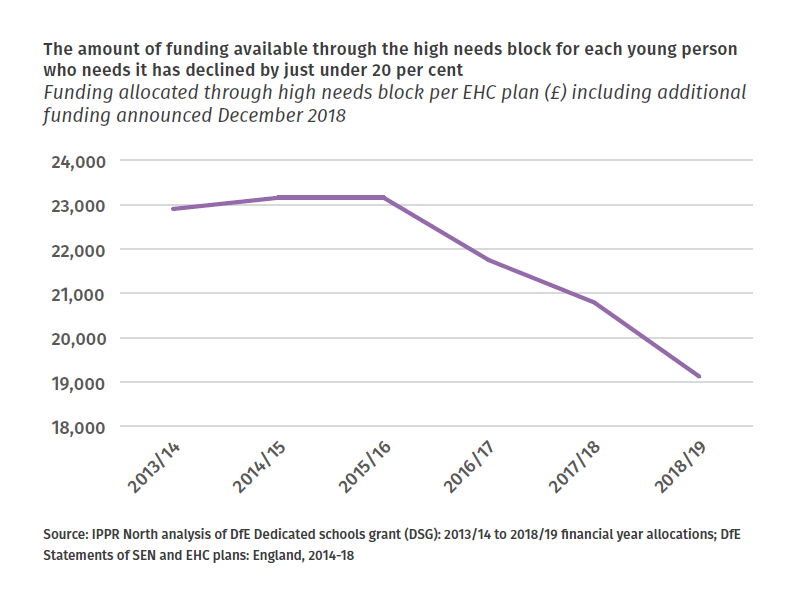 It comes after the schools minister Nick Gibb accepted that high needs funding is, along with post-16 funding, the area most in need of a funding uplift in the forthcoming spending review.

It also follows repeated warnings from the schools community and SEND experts that demand for support is outstripping supply, prompted in part by a sharp rise in the number of pupils with education, health and care plans, which replaced statements in 2014.

Jack Hunter, the IPPR North research fellow who authored the report, said: “Cuts to overall education budgets have left many without the support they need, particularly in the north, and have driven up demand for intensive SEND provision.”

“This is a moral failure but it is also a failure to recognise the economic benefits of upfront investment in young people’s futures.”