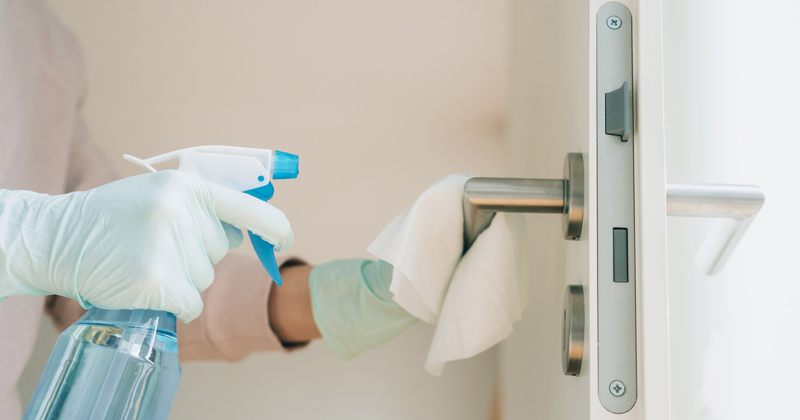 The government’s exceptional costs reimbursement scheme must be extended to cover preventative measures as school reopen in the coronavirus outbreak, headteachers’ unions have said.

Leaders of the National Association of Head Teachers (NAHT) and the Association of School and College Leaders (ASCL) told Schools Week the scope of the scheme drawn up by the Department for Education in April was out of date and must be widened to include preventative measures.

The department has told schools to increase the cleaning of surfaces and equipment, and provide hand sanitiser for pupils. They are also encouraged to implement one-way systems and alter classroom layouts.

But guidance on the exceptional costs fund still states that the cost of additional cleaning will only be reimbursed in the event of a suspected or confirmed coronavirus case, and that schools with additional costs should contact the department for advice.

Tracy Doyle, the finance director at Longdean School in Hertfordshire, said she had contacted the DfE to ask whether her school could claim for hand sanitiser units, screens, signage for a one-way system and higher cleaning costs.

But the department’s reply, seen by Schools Week, reiterated that costs “can only be claimed for where there is a confirmed or suspected case of coronavirus in your institution”.

The DfE said schools would be able to register “any other exceptional costs” when the claims system opened later this month, but has not guaranteed that claims for preventative measures would be successful.

Doyle said the DfE’s position was “very disappointing, even though I can’t say I am surprised”.

“In practice for us this has meant the purchase of sanitiser dispensers and supplies, wipes, signage, tape for floors, paint to mark out two metre spacing for students arriving on site. Costs so far are in the thousands.

“To tell us that we must arrange all this, but then to tell us that we cannot reclaim any of the costs back, is just ridiculous, particularly bearing in mind there are no plans to compensate us for the loss of income for things like lettings, so key to school budgets these days.”

It is not the first time the reimbursement scheme’s narrow scope has been criticised.

School leaders have said that a stipulation in the guidance that they could not claim if they were expecting to run at a surplus this year made a mockery of efforts to reduce deficits in recent years. However, others have supported the rule, saying if schools could afford it they did not need to be compensated.

Paul Whiteman, the NAHT’s general secretary, said the government had been “clear that schools should not be left out of pocket for these additional costs and it is vital they honour that commitment”.

“NAHT believes that it is essential that the department extends the scope of its exceptional funding guidance to include costs associated with the wider readmission of pupils as a matter of urgency.”

Geoff Barton, ASCL’s leader, agreed. “The existing government guidance on financial support for schools was issued in early April and was focused on the cost pressures at that time. It needs to be updated to reflect the fact that schools are bringing in more pupils, and to ensure that any extra costs are covered.”

A DfE spokesperson said the exceptional costs fund was “targeted towards the costs we have identified as the biggest barrier to schools operating as they need to at this challenging time”.

“Schools will be able to register the details of any other exceptional costs when the claims process opens later this month.”