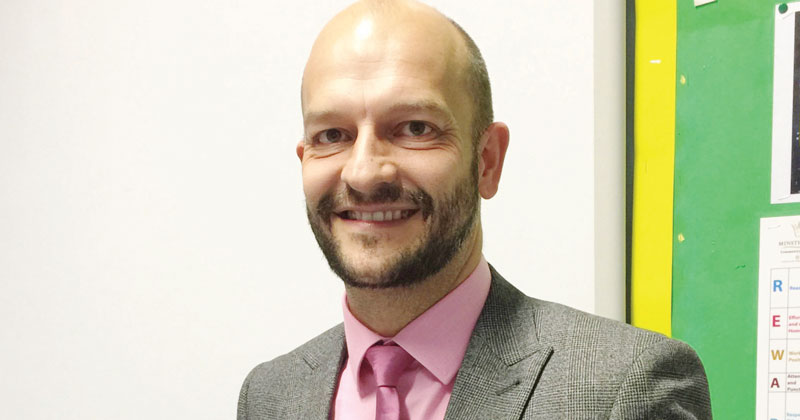 Schools have begun to offer three-year stints in sixth form to pupils whose grades are too low to start A-levels or BTECs.

At least three schools and one academy trust have set up a “transitionary” year 12 in which pupils with grades below C at GCSE can take level one or level two courses, before moving on to level three courses such as AS-levels or an apprenticeship.

The model suits schools in areas where pupils are struggling to move onto level three courses, but who come from close-knit communities reluctant to send them to colleges far away.

Mark Gilmore (pictured), the vice-principal of Minsthorpe community college in Wakefield, one of the schools adopting the scheme, said it served a deprived ex-mining area where many pupils were “either not finishing their courses or failing them”.

When the government told pupils to stay in education or training until they were 18 in 2015, the school set up a transitionary year 12 for pupils with Ds or lower at GCSE.

Pupils with Fs and Gs take a level one course on “key working skills”, resit their maths and English, and do weekly work experience. Around half move into apprenticeships or work afterwards and 25 per cent into level two courses, said Gilmore. The rest leave.

Other pupils take a level two course, again resitting English and maths, as well as one of seven options such as IT, sport or health and social care.

About 30 per cent of these moved onto an apprenticeship or work, while a quarter continued to A-levels or BTECs, or a mix of both.

As a result, the proportion of pupils staying on from year 11 has risen by 10 per cent.

It sounds like you’re doing it for the results, but when you’ve got pupils leaving with nothing, this is a way of giving them an extra year

The school’s academic results now reach the national average, as pupils not ready for courses take them later, or take vocational ones.

“It sounds like you’re doing it for the results, but when you’ve got pupils leaving with nothing, this is a way of giving them an extra year,” said Gilmore.

Pupil numbers are also steadier, which meant the school did not lose as much funding.

Only about 50 per cent of pupils get the GCSE grades required to move onto most A-level courses, national GCSE data shows.

Paul Hanks, a post-16 funding consultant who works with 200 schools, said at least two other schools – the London Academy in north London, and the Magnus Academy in Nottinghamshire – had also developed a “transitional” year 12.

Meanwhile the Delta Academies Trust in Yorkshire, which has previously come under fire for poor performance, has introduced the model in seven of its schools.

One motivation is to increase overall pupil numbers, said Hanks. His schools found that half of the pupils on level one and level two courses continue to BTECs and A-levels, allowing them to retain hundreds of thousands in funding.

James Kerwin, the deputy chief executive of the Sixth Form Colleges Association, said a three-year pathway is not a new idea for colleges, which have been offering them for years.

He claimed they are a particular financial struggle because colleges, unlike schools, can’t draw on lower-school funding and do not get a VAT rebate.

“If more schools are able to provide pupils that need it a three-year sixth form, that is something we would welcome,” he said.