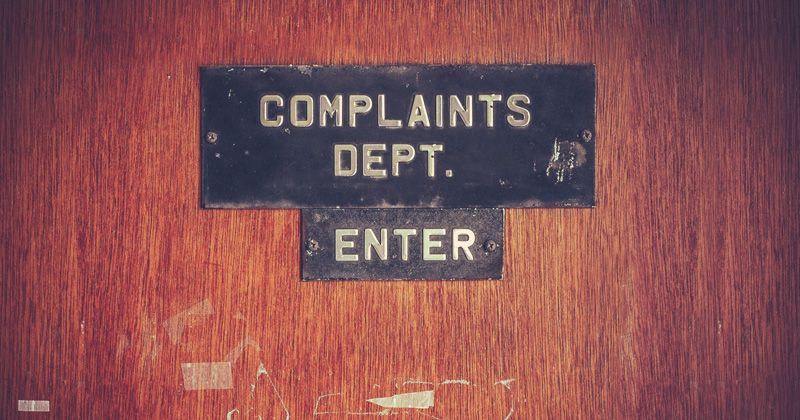 There may not be many of them, but one or two unreasonable parents can make running a school very tough indeed, writes Russell Holland

As an education lawyer, I see it as my job to help schools get on with the most important job,  teaching children, by making legal issues as simple as possible to deal with. Coming from a family of teachers, it was almost inevitable that I should be drawn into this area of law.

It is with increasing concern that I have lately been spending more time advising teachers with the legal issues that arise when managing difficult parents. As a result of my work, I have come to the opinion that reform is needed.

I want to be clear that the overwhelming majority of parents are completely reasonable. Concerns can be addressed effectively, which can help strengthen the relationship between parent and school. The problem I am talking about is the ability of a determined but unreasonable parent to take up completely disproportionate amounts of a school’s time and resource by pursuing vexatious complaints. The present policy framework does not do enough to protect schools in such a scenario.

There is nothing to prevent an insistent but unreasonable parent from sending multiple e-mails, making multiple complaints, demanding that the matter be considered by the chair of governors and subsequently by a full panel (including an independent member). This will often involve vast quantities of paperwork and can include endless e-mail trails full of inappropriate commentary or personal attacks on staff – not to mention on social media.

When such complaints fail, a new complaint can be made to Ofsted, the DfE, the ESFA, the local authority or MP, and anyone else they can get to listen to them. This can be accompanied by a Freedom of Information or subject access request and the occasional threat of legal action. The whole process can become utterly morale-sapping, and means time and resource become too focused on one or two unreasonable individuals at the expense of the wider school.

While a school does have power to class someone as vexatious and can therefore limit contact (or potentially even ban them from a school site), this doesn’t prevent it from having to respond to further enquiries from third-party agencies. I have had examples where a parent dissatisfied with how a member of staff spoke to their child unreasonably raises the situation as a safeguarding concern, leading to an unpleasant call to the school from a government agency demanding answers without apparently even considering that the complaint might be vexatious.

I believe reform is needed to the law and policy in relation to complaints. The overriding principle behind that reform would be that teachers and governors should be trusted to treat people fairly and reasonably in a straightforward and proportionate complaints framework.

The complaints policy should consist of two levels: firstly a complaint to the head, but if a person remains dissatisfied, they should at a second juncture be entitled to a written response from the chair of governors or trustees. That should be it.

If I was not happy with a supermarket, could I demand my complaint be considered by the manager, a company director, or even at a full panel hearing with the board of directors? Of course not.

Schools and government agencies must be given clear guidance that vexatious complainants should be dealt with swiftly and proportionately. Schools should be actively encouraged to take robust steps to protect staff and avoid spending disproportionate amounts of time on unreasonable parents. There is a far greater risk of unreasonable parents doing very real harm to schools than there is of schools making serious errors.

Teachers and governors are well intentioned people who want to educate children. They need and deserve to be respected and supported in performing this vitally important role. A reformed complaints process accompanied by appropriate guidance could go a long way to helping them do the job without having to worry about the damage an unreasonable parent can do.

Russell Holland is a Barrister at Michelmores