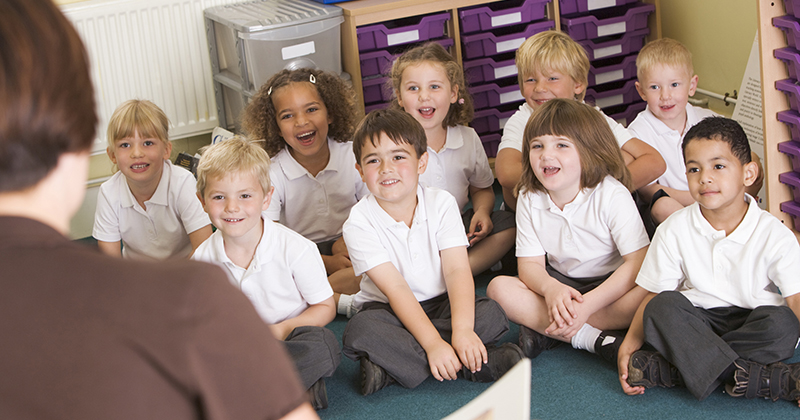 Schools are using phonics to divide primary classes into ability streams – and pupils born in summer are paying the price.

Phonics teaching involves six phases in which children learn how to read and spell using progressively harder phonemes and graphemes – sounds and the letters that represent them.

But the National Education Union has found that schools are using the phases as a way to divide pupils into groups according to how good they are.

“Schools are conflating and transferring notions of ability onto phonics companies’ phases – the phases are not about ability,” said Guy Roberts-Holmes, the co-author of the final report, ‘Grouping in early years and key stage 1 – a necessary evil’.

Teachers participating in the research raised concerns about how class groupings can widen “gaps in attainment” and worsen inequalities that already exist in the system, such as the underachievement of summer-born children.

“There is wider statistical research that shows that who goes into lower-ability groups is summer-born children, boys, pupils from low income backgrounds,” said Alice Bradbury, another co-author.

As well as materials provided by the government to help prepare pupils for the phonics screening check in year 1, schools frequently use phonics schemes from private companies, which also determine their grouping policies.

In one case study, children were grouped by phonics phases across the school, meaning some key stage 2 children were placed with others in key stage 1. At another school, children’s access to books was determined by their level in phonics, and their reading choices were allocated by phase.

Louise Johns-Shepherd, the chief executive of the Centre for Literacy in Primary Education, said equating ability grouping with the phonics phases “has to be harmful for our very youngest children”.

Splitting children into these grouping could lead to them “missing out on key experiences that will enable them to become lifelong readers, with all of the academic and socio economic benefits this brings”.

Teachers involved in the study were concerned that summer-born children, who can be up to a year younger than their peers, are “always being kept into lower groups” and are “not getting access to role models for language” or having “the same kind of school experience as other children”, Bradbury added.

In some examples, the groups with the lowest ability were being taught phonics by a teaching assistant, while other groups were “taught in corridors and broom cupboards”.

“You can see the concern about ‘sedimenting’ of learner identities; you get labelled very young and then that builds up through the school,” she said.

“It sets a ceiling for a child,” added Roberts-Holmes. “They feel that they can only achieve to a set level.”

The research recommends that leaders assess the need for grouping practices, “particularly for younger children who may have their learning limited or be labelled in their first years of school”.

Minister for children and families Robert Goodwill said: “Teachers and early years staff are best placed to make decisions about the teaching methods they use. There is no statutory requirement that suggests children should be grouped by ability.

“We are clear that while assessment is a fundamental part of children’s education to measure progress, it should not cause significant stress or anxiety.”