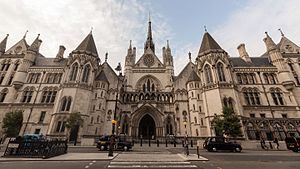 A school has lost an appeal to gag Ofsted from publishing a critical report after claiming falling from ‘good’ to ‘inadequate’ in three years “cannot be justified on any rational basis”.

The secondary school, inspected in October last year, was granted an anonymity order in January to prevent publication of the report. However, this was just while it pursued an appeal of an earlier decision to refuse an interim injunction.

The appeal was thrown out last week by the Court of Appeal, which also refused the school permission to apply for judicial review.

The report has not yet been published. An Ofsted spokesperson said the matter was still “subject to ongoing proceedings” so it “would not be appropriate to comment further at this time”.

The judgment refers to the school as a state-funded secondary in the north of England that was rated ‘good’ in 2016.

The new Ofsted report was described as one of “contrasts”. While acknowledging good behaviour in lessons, it also said a “large minority of pupils do not feel safe in school”.

According to the judgment, the unpublished report added: “They do not feel protected from bullying. They do not believe that there is an adult they could talk to if they were worried about anything.”

It also said leaders and governors “do not know that the weaknesses exist” and that pupils were concerned about the use of “homophobic and racist language” around the school. When staff heard such language it was “not always challenged”.

The school’s lawyer said that dropping from ‘good’ to ‘inadequate’ in three years “cannot be justified on any rational basis”, claiming that Ofsted failed “to maintain a dialogue” with school leaders.

The lawyer also argued positive comments on classroom behaviour were “incompatible” with the suggestion that a “large minority of pupils do not feel safe”.

“Unexplained inconsistencies and unjustified comments” could be attributed to the inspection team’s “reliance on the unsubstantiated views of a minority of pupils”.

But in the judgment Lord Justice Lindblom said “dissatisfaction with the findings and conclusions of the inspection report does not, of itself, amount to a demonstration of irrationality”. He said there was “no proper basis” that the inspectors failed to maintain a “proper dialogue”. There was “nothing to stop” the school communicating its criticism of the report and publicising the measures it had taken since.