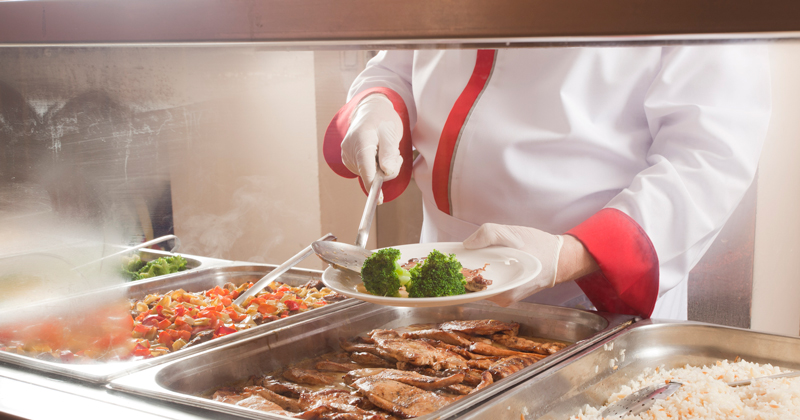 School kitchens face a planning “nightmare” for the return of pupils, with uncertainty and concern over numbers, food availability, rising prices and a lack of government guidance.

The Department for Education has said school kitchens should provide meals for all pupils returning on June 1.

Official guidance, however, is brief. Following the partial closure of schools in March, the government urged schools to continue paying their suppliers “as normal” to keep the supply chain moving and to protect jobs.

However, data from LACA, the body that represents the school catering industry, shows that 57 per cent of its members’ employees have continued working, while 24 per cent have been furloughed.

This is despite the “majority of schools” continuing to pay their food suppliers. LACA said about 5 per cent had not – “something that we are concerned by”.

Caroline Morgan, the chief executive of Local Food Links, a social enterprise that provides meals to 56 Dorset schools from its four kitchens, said that planning for phased return from June 1 was “a bit of a nightmare”.

“It is going to be complex. Although overall numbers will be smaller, some schools want packed lunches only, some want hot meals and some want both, [including] packed meals for vulnerable families to collect.”

She said the government “should be very clear with schools about plans for feeding pupils”.

Guidance states that schools should provide meals for “all children in school”, with food “available free of charge” for pupils who meet the criteria for free school meals (FSM).

“To ensure food is available for pupils who attend, educational settings are expected to reopen their kitchens and ensure that meals are able to be prepared and served safely,” it says.

No further details have been provided. The Department for Education was approached for comment.

Sam Ward, a school food consultant who manages five in-house catering services across an academy trust and supports three other in-house operations in the south west, said her team had been providing weekly food parcels for FSM families.

She said the plan for schools to reopen presented “so many uncertainties”, including how caterers would provide onsite meals and food for FSM pupils not in school.

“It will be really tricky for caterers with economies of scale, providing for lower pupil numbers.

“We are working on tight budgets as it is, with food costs being 90p to £1 per pupil, so rely on volume of numbers. We have in-house operations across our trust and staffing levels, as in all settings, are based on average daily meal numbers.” She also feared price rises.

Ward said caterers desperately needed planning time before June 1 “as our local wholesalers have had to change to a retail model to survive, so we will need to liaise with them re stock”.

“Hopefully after all this planning, organising and potential ordering of stock they will give us ample notice if it’s not happening, and not an announcement on a Sunday evening for a Monday.”