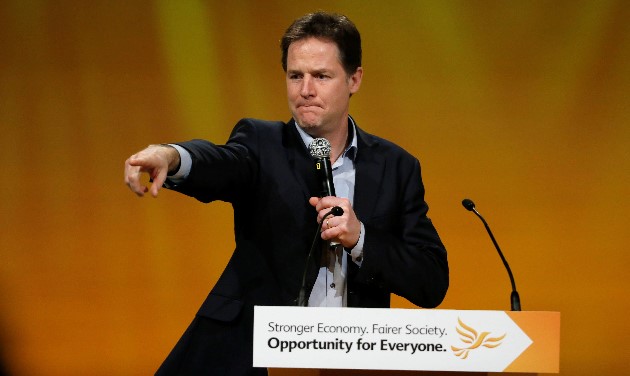 The introduction of the pupil premium and protection of the schools budget are among Nick Clegg’s “proudest moments” in government, the Deputy Prime Minister will say today.

The Liberal Democrat party leader’s keynote speech to his party’s conference in Liverpool is expected to begin shortly after noon, with education as a key focus.

He will tell delegates at the ACC on Liverpool’s iconic waterfront of his pride of seeing improved primary school results at the end of last year, which he will claim reflects the success of Lib Dem policies.

He is expected to say: “One of the proudest moments of my time in government, so far, was at the end of last year, when the latest primary school results were published.

“They showed children from the poorest backgrounds getting their best ever results and the gap between them and their better-off classmates narrowing.

“This was in large part down to two decisions Liberal Democrats took in government.

“The first was to protect the schools budget in real terms, despite strong resistance from the Conservatives.

“The second was to create the pupil premium, a policy straight from the front page of our manifesto that targets money – more than £1,000 per pupil every year – directly to the poorest children in our schools.”

Mr Clegg will say the policies have made a “tangible difference” to the lives of thousands of children, and will pledge to go further, repeating his mantra of protecting education funding “from cradle to college”.

Later in his speech, the Deputy Prime Minister is expected to focus on his claim that his party has prevented the Conservatives from doing “immense damage” to the life chances of children, adding: “Whether it’s trying to cut the schools budget in real terms or bringing back the old-fashioned two-tier education system.

“Some Tories even wanted to let free schools be run for profit. The Conservatives are a threat to education.

“They will take billions of pounds away from existing schools in order to create 500 more free schools, regardless of whether or not they are actually needed at all.

“And they will cut, drastically, the money that goes to nurseries, sixth forms and colleges.”