Data published by the Department for Education shows 87,600 secondary school pupils were self-isolating due to a potential contact in school last Thursday, up from 58,400 the week before.

The DfE estimates that 3.3 per cent of all pupils on roll in state-funded schools did not attend for Covid-19 related reasons last Thursday, up from 2.5 per cent on March 18. 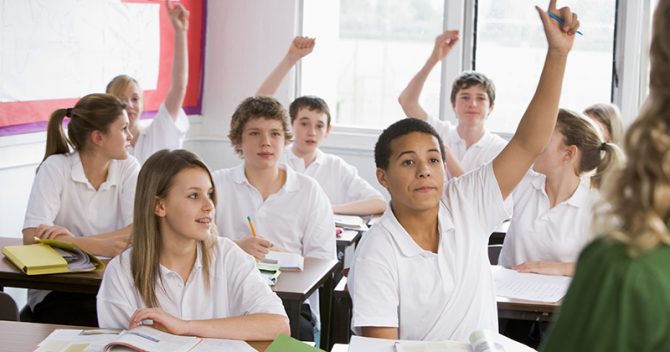 A further 173,000 pupils were self-isolating due to the a potential contact in school, while 47,000 were isolating due to a possible contact out school. In addition, 7,000 were unable to attend because their school was closed due to “Covid-19 reasons”.

Absence rates among staff also rose slightly. As of last Thursday, 1.6 per cent of teachers and leaders and 1.8 per cent of teaching assistants and other staff were absent due to Covid, up from 1.3 per cent and 1.7 per cent respectively the week before.

The DfE said Covid-related staff absences were “mainly due to a increase in those self-isolating due to potential contact with a case of coronavirus inside the school”.

The department estimates that 5.1 per cent of teachers and leaders and 5.9 per cent of TAs and other staff were off for other reasons on March 25.

Attendance at special schools last week was 82 per cent, down from 83 per cent the week before.