The rate of absence from English schools continued to rise in 2017-18, new government data shows.

The overall rate of absence from state-funded primary, secondary and special schools rose to 4.8 per cent last year. It was 4.7 per cent the year before. However, this still remains lower than it was in the mid-to-late 2000s. IN 2006-07, absence rates stood at 6.5 per cent. 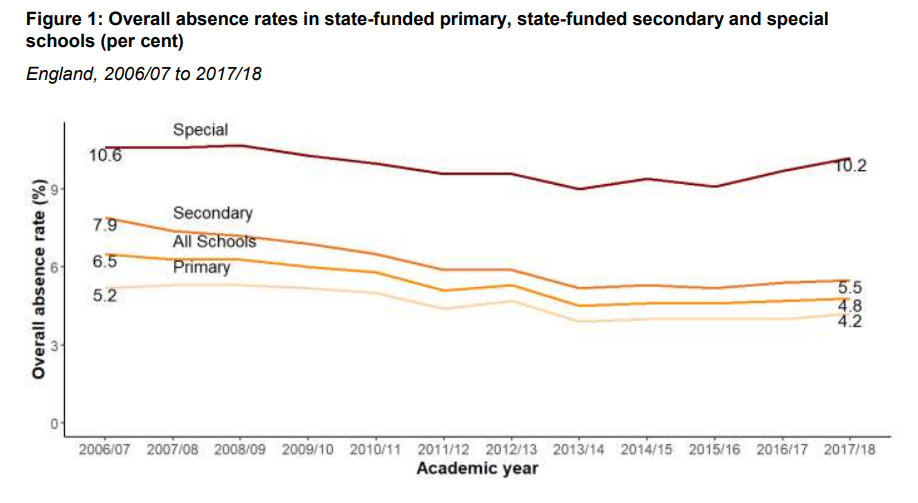 The rate of absences caused by unauthorised and authorised family holidays remained stable, at 0.4 per cent and 0.1 per cent respectively.

As usual, special schools have much higher absence rates than non-special-schools, and data shows pupils eligible for free school meals, those with English as a first language and those with special educational needs are much more likely to be absent than their peers.