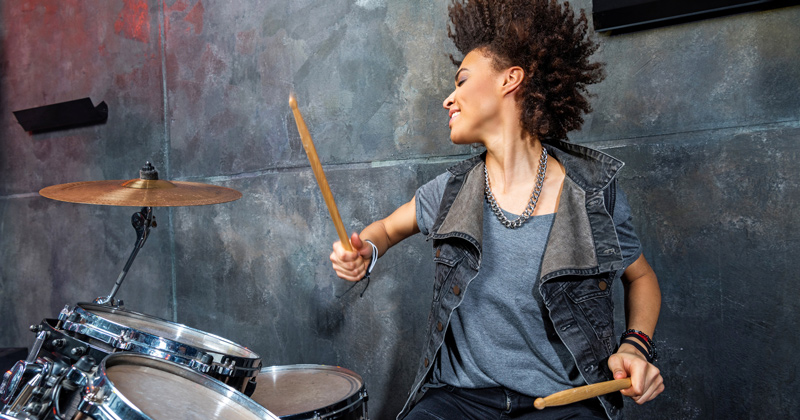 “The 'Arts Premium' makes no sense without arts teachers in classrooms”

After nine years of austerity, the Conservatives have promised a spending spree. But will it be enough to rescue music education, asks Matt Griffiths

We have seen some big figures bandied about since the general election, all wrapped up in rhetoric about post-Brexit Britain’s place on the global stage. Amid all of that, the government has made a number of seemingly impressive announcements about its investment in young people and the arts, but the truth is – although this funding is much needed – most of it is nothing new.

Last week, it was announced that Music Education Hubs will receive a renewal of funding for another year (a total of £80 million through 2020-21), with a further £4 million announced for cultural education programmes, and £1 million pledged for charities dedicated to music education.

This is of course hugely welcome news, and will ensure pupils get opportunities to learn instruments, sing, and play in groups. But this funding has been announced as if it were a new investment, rather than a continuation of existing support for Music Education Hubs, combined with renewed investment in the In Harmony programme, National Youth Music Organisations (NYMOs), Music for Youth, and other arts and culture organisations. It is also only for one year due to further delays in putting together the refreshed National Plan for Music Education.

It’s a similar story for the £500m Youth Investment Fund. Although this initiative is new, it must be set against the fact that funding for youth services has been cut by 70 per cent – around £880 million – since 2010.

The number of hours for teaching arts is decreasing

Prior to the election, the Conservative manifesto also promised a separate Arts Premium to ‘fund enriching activities for all pupils’ which will amount to at least £107 million per year between 2021-22 and 2023-24. I really hope the government delivers on this promise. It is vital that funding is initially restored to the level prior to austerity, and increased beyond that with a new cash injection. Anything else would be nothing more than window dressing.

As a national charity supporting young people’s music-making, particularly those facing barriers to taking part, we know how life-changing the opportunity to experience and participate in music-making can be, both socially and personally. Our four-year research project Exchanging Notes (in conjunction with Birmingham City University) examined the impact of secondary schools, music education organisations and industry-facing charities co-designing and co-delivering music lessons and activities together.

This research demonstrated that music in schools has the potential to re-engage young people in education, develop their confidence, resilience and self-belief, and create a more positive attitude to learning. It illustrated what a reimagined, innovative music curriculum in secondary schools could look like.

Significantly, we know that the number of hours for teaching arts subjects in secondary schools is decreasing along with the number of arts teachers. Last year, the All-Party Parliamentary Group for Music Education reported a fall in the number of secondary school music teachers from 7,500 in 2010 to 6,500 in 2017. Children and young people will simply not benefit from a regular, high quality arts curriculum in their school without the teachers to deliver it. The Arts Premium makes little sense without that.

In order to properly plan ahead and ensure long term, sustainable music-making programmes for children and young people, the Departments for education and for culture, media and sports must work collaboratively to put the new National Plan for Music Education in place as soon as possible, together with the timetable and budget for its implementation for a five-year period. The heart of this plan must be to put infrastructure and resources in place in all nursery, primary, secondary and special schools across the country to avoid previous geographic inconsistencies and ‘patchy’ provision.

Music is one of the country’s greatest international success stories both creatively and economically, but this must be backed up with ongoing support at the grass roots. The alternative is a ‘Global Britain’ diminished as its music continues to be slowly silenced.