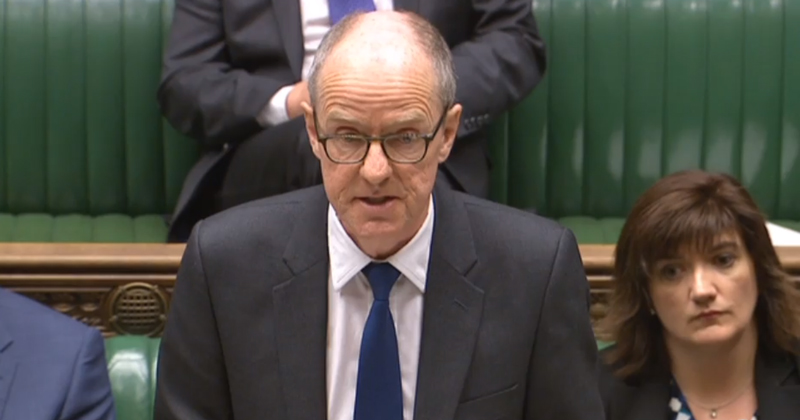 The government has blamed a “rogue marker” for attempting to leak a key stage 2 SATs test after a copy of the exam paper was apparently sent to a journalist last night.

Schools minister Nick Gibb is also looking to “seek redress” from the exam board after today’s spelling and grammar tests were erroneously uploaded onto a secure site last night, for a period of about four hours.

Gibb has launched a dual investigation into how the materials were erroneously shared with markers before the exam, and who passed them onto the press.

Meanwhile, the tests were due to go ahead as planned today, as the content had not been leaked in the public domain, nor published by the journalist who was sent its content.

Pearson, the exam board responsible for the breach, stressed that the papers were uploaded to a secure site, accessible only to markers – all of whom were contractually obliged not to share sensitive information.

Gibb told MPs this morning he has charged the exam board with undertaking a “full investigation” into the breach, which he said would examine how the paper came to be uploaded in the first place and would also look at records so the “culprit can be identified”.

A DfE source said: “While the test doesn’t appear to have leaked into the public domain and can go ahead, a rogue marker did attempt to leak the test’s contents.

“It is clear there is now an active campaign by those people opposed to our reforms to undermine these tests and our attempts to raise standards.”

Pearson has confirmed the spelling, punctuation and grammar test was mistakenly uploaded to a password-protected portal, which allows markers access only to tests they have been contracted to mark.

It was accessed by 93 markers between the time it was uploaded – about 5pm –  and 9:01pm, when the test was taken down after Pearson was alerted of the error.

Pearson said it was normal to release papers early to senior markers and team leaders, who had received the documents several days ago.

However, the paper was shared erroneously last night with all markers due to mark the test in question. These markers – most of whom are working teachers – would not normally have access until the first sitting of the exam had taken place, which in this case was at 9am today.

Speaking in the Commons this morning, Gibb said that once he had the results of the investigation, he would “explore the full range of options available to the Department, and this includes looking at contractual and other routes to seek redress.”

A spokesperson for Pearson said: “We apologise to schools, teachers, parents and pupils for this error at this sensitive time. We are conducting an investigation to make sure it cannot happen again. As part of this investigation we will seek to find out which individual passed this information into the public domain, in breach of their commitments to us and their fellow markers.”

Ministers have asked Pearson to conduct an investigation into two issues.

Mr Gibb said: “First, how did the material come to be uploaded onto the secure site in error? This was clearly a mistake which should not have been possible.

“Second, I have asked that all records are examined and all information interrogated so that the culprit who leaked this sensitive information can be identified.”