Richard Gill, chair of the Teaching School Hubs Council, tells Jess Staufenberg how he went from standing in the orchestra pit at pantomimes to helping lead teacher development across the country

“This is special, you know,” Richard Gill grins with an endearing, cheeky-chappy smile. “I’ve refused interviews, but I’ll do this one!”

Schools Week’s good name has apparently won the day, and Gill, chair of the Teaching School Hubs Council, agrees to speak – something that is becoming increasingly rare among those working for organisations reliant on government contracts.

He holds out a flat hand somewhere just above his head. “Here’s the parapet, and I like to keep my head just under it!”

As Gill points out, this academic year is the “implementation year” for teaching school hubs, and he’ll be pulling out all the stops to make sure the model works.

But how do the new hubs work? They have three main responsibilities: to support the delivery of the early career framework (ECF), the national professional qualifications (NPQs) and initial teaching training. (They also have a vague responsibility around “delivering other high-quality evidence-based professional development”.)

One of those is already embroiled in a bit of turmoil – with teacher polls showing the ECF is creating huge workload for all those involved. Ministers are now discussing what they can change to resolve some of the issues.

There’s also the more general accusations that the government’s ECF, NPQ and ITT reforms amount to a “centralisation” of teacher development.

But Gill asks me to see it differently.

“This is the first time, in my close to 30 years in the education sector, where there is a coordinated offer to ensure there is high-quality teacher development, which is free at the point of delivery,” he says.

This is the first time there is a coordinated offer

Gill’s way of sounding both reasonable and extremely positive at the same time (he admits he is a “glass half full” person) probably explains why we even have teaching school hubs today.

As the new chair of the Teaching Schools Council in 2019 he helped salvage the ‘teaching school hubs’ idea out of the old ‘teaching schools’ model when ministers wanted to defund the latter.

They had various concerns, he says: teaching schools varied in size and impact, some geographic areas weren’t covered, and their remit included school improvement, which overlapped with Ofsted, local authorities, growing academy trust networks and regional schools commissioners (who arrived in 2014).

Gill explains that he had to “convince” ministers not to scrap the whole approach.

He explained to the DfE that “if you rip up those networks of alliances, that could have negative consequences you might not be aware of”.

Before we delve into how he thinks it’s going, a few words on how Gill rose to the influential role he now holds.

“My school days were full of two things: music and sport,” Gill begins. Taking after his mother, a music teacher, he played the tuba, while one brother played the piano and the other sang and played the cello (you can imagine the happy chaos at home).

In the classroom, he was “a bit of a rogue”, and it was his musical abilities that landed him real responsibility. Aged 15, he was the Lichfield Players’ musical director for Cabaret. “Music gave me those experiences and leadership qualities.”

He then studied music at the University of Huddersfield before becoming a peripatetic music teacher with Staffordshire County Council. My favourite part of Gill’s story comes next.

“I did professional pantomimes,” he says, to my undisguised delight, adding self-deprecatingly that he rubbed shoulders with such wildly famous celebrities as Kenneth Waller from 1980s sitcom Bread, Jane Freeman from Last of the Summer Wine and Emma Barton from EastEnders.

Aged 26, Gill then headed into the classroom full-time, returning to his old primary, The Friary School, in Lichfield. He later became assistant head at Chase Terrace Technology College, and eventually headteacher in 2011, at Arthur Terry School (later to become the Arthur Terry Learning Partnership and grow to 19 schools today, with Gill as chief executive). It was here he led the school’s application to become a teaching school.

Then in 2016 Gill became the West Midlands representative on the Teaching Schools Council, back when the council had 20 members, including two from each region.

Since the new model from 2019, the council has slimmed down to 13 members, with an executive team of six. Eleven members on the council board are from multi-academy trusts’, with two from local authority schools and one with a SEND specialism (Simon Knight, head at a community special school). Meanwhile out of all the hubs, seven are local authority schools, while two are special schools and just one is an AP school.

The eight providers for the ECF and 12 providers for NPQs are also selected by the DfE – not to mention its review of the ITT market.

But was that bar set by ministers who favour certain pedagogies, and academy trusts? Gill answers straight. “Any government of the day will have their own policies, and of course the bar that was set was in line with government policies. But it was absolutely based on quality.”

What about cross-sector warnings that ECF reforms – which hubs are helping deliver – are creating significant extra workload?

“In any implementation of a brand new policy, there are always going to be teething issues,” Gill acknowledges. “But we need to be careful about blanket statements on workload. What we’re not getting is the same complaint from every provider.”

Gill adds that “a number of changes will be made in September”, including reducing duplication between the ECF and initial teacher training.

Instead, Gill believes the government’s emphasis on professional development can only be a good thing.

And teething issues aside, sector leaders mostly agreed that a two-year early career programme was a good idea. At the same time, teachers can now be supported by both a hub, and a provider, to get one of five NPQs in everything from ‘leading behaviour and culture’ to ‘executive leadership’.

It’s all part of teacher development being at the heart of today’s Department for Education, continues Gill, excitedly.

He points to chapter one of the recent schools white paper. “Teacher development is front and centre,” he notes (for instance, the white paper reads: “We are investing in the people that will help our children succeed”).

But there have also been reports teaching school hubs were hoping to design more of their own CPD (rather than act as a broker to ECF and NPQ providers). In July, education journalist Warwick Mansell reported that the DfE had cancelled a host of CPD courses that hubs had been planning from September.

“Some hubs weren’t happy in terms of what they can and can’t do,” Gill says. “So what the council has done is work with the DfE to assess what additional CPD is appropriate.”

Going forward, he says, hubs will deliver CPD within certain “boundaries”, including: they must have a “clear and solid evidence base”; they must be based on a local needs analysis; programmes must be designed in line with the Education Endowment Foundation’s professional development principles; EBacc subjects must be prioritised; and there should be no overlap with the work of other hubs, such as curriculum hubs.

“Under the old system there wasn’t any overview of professional development, which potentially meant some programmes weren’t having any impact. So to have boundaries, to me, makes sense,” adds Gill.

It’s no wonder Gill wants to keep his head in a healthy position in relation to parapets: his role clearly involves a skilled balancing act, keeping many different partners, sectors and officials happy.

So whether or not you entirely agree with the government’s reforms, one thing seems clear – Gill has fought to ensure teachers and leaders are involved as much as possible. 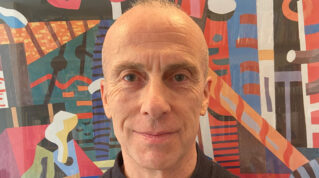