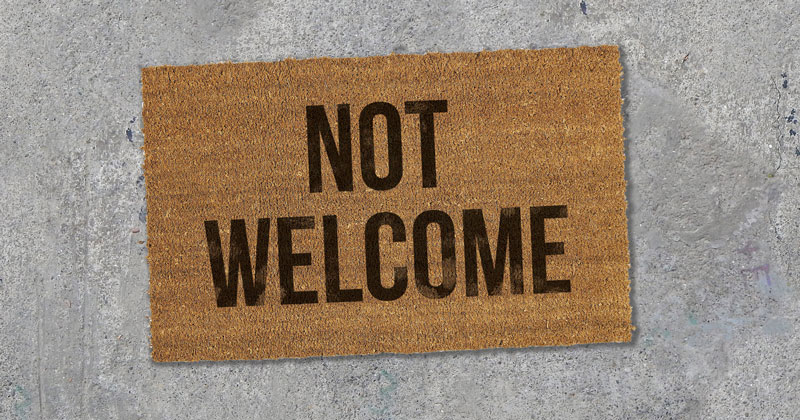 Academy sponsors banned by the government from taking over new schools seem to have dodged the prohibition.

Figures obtained by Schools Week show that 57 sponsors at different times have been put on the government’s “pause list” and told they cannot take over new schools. Bans remain in place for 16, who between them are responsible for more than 140 schools.

But a Schools Week analysis found some trusts appear to have ducked the ban.

The Djanogly Learning Trust, which runs four schools in Nottingham, has been on pause since 2013-14, according to Department for Education (DfE) figures.

But trust accounts show it “expanded” when one of its primaries opened a satellite campus for more than 200 pupils in September 2015.

Angela Rayner, said it looked like a “horse and coaches is being driven through the government’s ban”

The government also banned the City of Wolverhampton Academy Trust (COWAT) from taking on new schools in 2013-14.

However the trust’s lead sponsor – the University of Wolverhampton – also runs a separate trust that has since taken over new schools.

The shadow education secretary, Angela Rayner, said it looked like a “horse and coaches is being driven through the government’s ban”.

“They [sponsors] have been prevented from taking over new schools for good reason – the government must now take action to properly implement its bans.”

The DfE would not comment on these specific cases, but said sponsors were paused on rare occasions when there were “serious concerns”, such as over finances or educational impact.

The Djanogly trust said that opening the satellite campus counted as an expansion, rather than a new sponsorship, and that it was given the go-ahead by the government to meet an urgent demand for places.

But the trust has also been given the green light to take over Springfield primary school in April, which was agreed by the regional schools commissioner in December despite the government’s own data still showing it as  on the pause list.

Liz Anderson, executive primary head at the trust, said the pause related to the historic performance of the trust’s only secondary, Djanogly City academy, which will be handed to a new sponsor in September. However the university also runs the Education Central Multi-Academy Trust (ECMAT), which has grown from six schools in 2013-14 to 13 academies this year.

A university spokesperson insisted that ECMAT was a “completely separate entity” even though reports in 2015 said it was working with COWAT’s two schools amid a potential takeover.

The takeover did not go through and results have since increased at the schools, but COWAT accounts state that directors want to dissolve the trust and transfer its schools to a new sponsor.

Another barred sponsor, the Phoenix Multi-Academy Trust which ran four schools at the time of its pause, has since merged with the Boston Witham Academies Federation (BWAF). The latter has said it will take on more schools if there is local demand.

Critics suggest the cases are another example of the government’s lack of regulation over the quality of organisations operating schools. Schools Week revealed in 2015 how the DfE paid £850,000 to new trusts to set-up and open schools – which they never did.

A DfE spokesperson said pausing trusts was part of its “robust approach to managing sponsor performance”.

“If paused, a sponsor will not take on any more new projects, and we might transfer some projects to a new sponsor. We will also expect the sponsor to work with us to address the issues.”

Two of the country’s largest academy trusts are eyeing expansion after a government ban on taking over new schools. Both have also offloaded some of their challenging academies over the past few years.

Academies Enterprise Trust (AET) and the CfBT Schools Trust (CST) are both on the government’s “pause list” – meaning they cannot sponsor new schools – after running into trouble following quick expansion in the early years of the academy programme.

Leadership overhauls at both trusts mean they are now planning expansion again, Schools Week can reveal.

AET runs 66 schools and has been paused since the 2012-13 academic year. A spokesperson said the organisation was confident it had implemented the right actions to drive “rapid progress” in its schools.

To avoid the pitfalls of the past, we are spending the next 12 months laying the foundations for growth

“In due course, therefore, we expect to resume an ambitious programme of growth and continuing development, in order to provide great educational experiences for children across the country, whatever their background or ability.”

At CST, acting chief executive Sheila McKenzie told Schools Week the trust needed a spell of consolidation to focus on “quality rather than quantity” after it was paused in 2014, but said the group was now “at a point where we would like to start taking on new schools.

“To avoid the pitfalls of the past, we are spending the next 12 months laying the foundations for growth, with the aim of coming ‘off pause’ in the near future.”

Expansion of the groups could prove controversial, however, given both off-loaded some of the schools that proved challenging to run.

From December 2014 to April 2015, AET also offloaded eight schools that were in areas of the country far from other trust schools.

Its new drive for “ambitious growth” would cement its position as the country’s largest trust, despite former Ofsted chief inspector Sir Michael Wilshaw, among others, accusing it of “empire building”.

But the trusts will follow in the footsteps of the E-ACT chain that took over a new school last year following a three-year spell on the pause list.
All three chains were criticised by Ofsted for growing too quickly.

However, others in the education community, including trust leaders, blamed the Department for Education for encouraging the organisations to take over so many new schools without monitoring their performance. Sir David Carter, the national schools commissioner, recently claimed that the idea that early sponsors failed because they grew too quickly was “a myth”, Their problems were down to a lack of a trust-wide improvement plan, he said.

In a profile interview with Schools Week, Carter also said he was relaxed about trusts growing to about 80 schools if they had the right structures in place.

Both trusts believe their recent leadership changes signal they are building new and different structures.

At AET, Julian Drinkall took over from Ian Comfort as chief executive this month. A new chair of trustees, Jack Boyer, was appointed last year.

Who are the other paused trusts?

Other barred sponsors include some of the country’s larger chains, such as Academies Enterprise Trust and CfBT Education Trust.

Bright Futures Educational Trust is also on the list. Dr John Stephens, its recently-appointed chief executive, said he was focused on driving collaboration between its nine schools before growing again.

The Education Fellowship Trust, which runs 12 academies, has twice been placed on the list. It was issued a termination notice last week for one of its schools, Wrenn school in Northamptonshire, and has been the subject of two government investigations.

Six of the trusts on the list run between two and four schools.

And at least three have been wound up, including the Lilac Sky Schools Academy Trust which handed over nine schools to new trusts last year amid a government finance investigation and low standards at some academies. 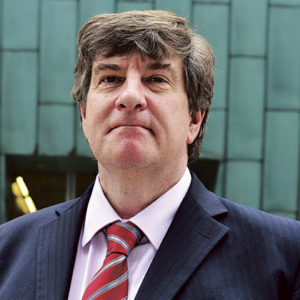