You hope you will never have to use restraint, but if your duty of care leaves you with little choice: know your school procedure and record everything

The latest school shooting in the US and stories of children being locked in classrooms in the UK have once again highlighted the issue of restraint and how far teachers and schools can go according to the law.

To start, you need to balance the need for restraint against both how reasonable it is to use the restraint and the duty of care to protect the pupils from harm.

A member of staff may use such force as is reasonable in the circumstances to prevent a pupil from committing an offence, causing injury to a person or themselves, causing damage to property or prejudicing the maintenance of good order and discipline. This force can only be used where the staff member and the pupil are on school premises or somewhere where the member of staff has lawful control or charge of the pupil (for example, a school trip).

Corporal punishment is not allowed.

The word “reasonable” often causes problems as one person’s definition may be completely different to another’s. 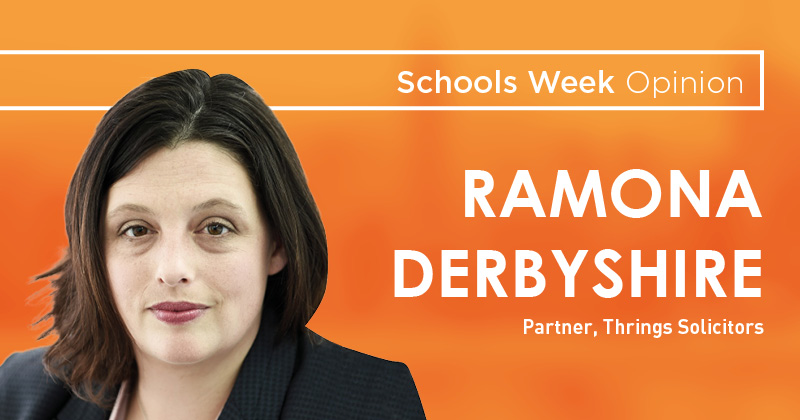 In the past the law has defined reasonable as “reasonable in regard to those existing circumstances of which the actor, called on to act reasonably, knows or ought to know”, which all sounds very imprecise. In practical terms, factors influencing whether something is reasonable could be the seriousness of the incident, the chances of achieving the desired result by other means and the risks associated with physical intervention compared with other methods.

A useful guideline could be to use the minimum force required, in the circumstances, lasting for the shortest practicable time or, in Department for Education (DfE) terms, using no more force than is needed.

You may be thinking you would not want to restrain a burly year 10 boy, but do you have to? The law provides a power, not a duty, to use force which gives you some discretion. However, school staff do have a duty of care towards their pupils to protect them from harm and it could be argued that failing to take action may, in some circumstances, breach that duty.

You have discretion whether to use force or not

The school should have a set procedure regarding documenting an event such as this. Hopefully this will not happen, but an allegation in relation to the force applied could be made and investigated.

An extra section in the Education and Inspections Act 2006 concerning recording and reporting the use of force within a school has been suggested but not yet implemented; this does not mean the suggestions within it should not be followed.

It suggests a school should record each significant incident when a member of staff uses force on a pupil and report each incident to parents of the pupil (it is currently up to the individual school to consider if it is appropriate to report the use of force to parents).

The school’s procedure must require a written record as soon as possible after the incident. This may well be standard procedure anyway.

A wider question is how to deal with this issue as a whole.

All staff should be aware of the set procedure for using reasonable force and the events after it has been used, and should have relevant training.

The school should also acknowledge its duty to make reasonable adjustments for disabled pupils and children with special needs, and detail this within its policy.

It may be useful to consult teachers, parents and pupils (where appropriate) when devising a policy to give it the best opportunity for success.