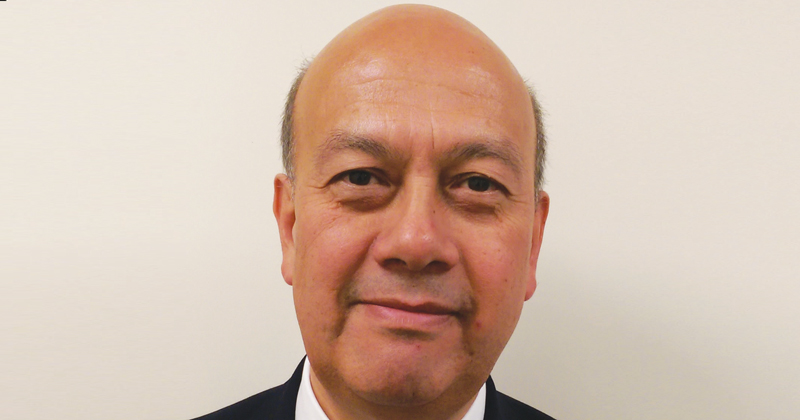 The boss of the country’s largest multi-academy trust has admitted it will struggle to run key committees after the chair stood down and six trustees quit.

According to Academies Enterprise Trust (AET), former chair Jude Chin (pictured) has taken over as the new vice-chair following the resignations in late May of  former vice chair Ian Foster and five other trustees.

Jack Boyer, one of two newly-appointed trustees, has been appointed as the new chair of the 67-school chain. A spokesperson for AET said fresh elections for the chair and vice chair roles are held at the start of each academic year in September.

Ian Comfort, the group’s chief executive, admits having four trustees in place will make it “very difficult” for the trust to continue its audit and risk and remuneration committees.

In a report to the board, Comfort suggested it could delegate responsibility for these areas to an individual trustee until new appointments were made.

AET said that it commissioned an independent review of governance as a number of trustees were “approaching the end of their term of office” and such a review was a “mark of good business practice”.

The review recommended setting up a nominations committee for governance. The trustees agreed to leave at the same time so the board structure could be “refreshed”.

Two new trustees — Boyer and Andrew Thraves  — were approved on May 24. Both have strong links with companies providing services to schools and, with Comfort and Chin, are now the only four trustees at the helm.

In October 2014, the Education Funding Agency issued the trust with a written notice to improve its financial management, control and governance. The notice is still in place.

In February this year, Ofsted published a focused inspection on some of AET’s academies. It said too many pupils were being failed, with children from poor backgrounds doing particularly badly.

It also highlighted “turbulence in recent months” within the board of trustees, as well as insufficient detail on the trust’s website about the way it was governed.

The report said the distinction between roles and responsibilities of the board members and trustees was not set out clearly and the trust did not identify which functions were delegated to  local governing boards.
According to AET, the nominations committee is now seeking further trustees “to establish a diverse board with complementary skills and expertise”.

AET said Chin — who is chair of the schools network SSAT — had been appointed in October last year as interim chair. But when his appointment was announced, press releases did not reference the interim nature of the role.

A member of the Council of the Engineering and Physical Sciences Research Council and chair of  the Advanced Materials Leadership Council at the Department for Business, Innovation and Science, Boyer was awarded an OBE in 2015 for services to science and engineering. He has extensive earlier career experience as an entrepreneur and as a CEO in engineering and biosciences.

Thraves, the second new trustee,  is director of education for Prospects Group, which provides a wide range of education, employment and skills services to schools, colleges and councils in the UK and internationally.