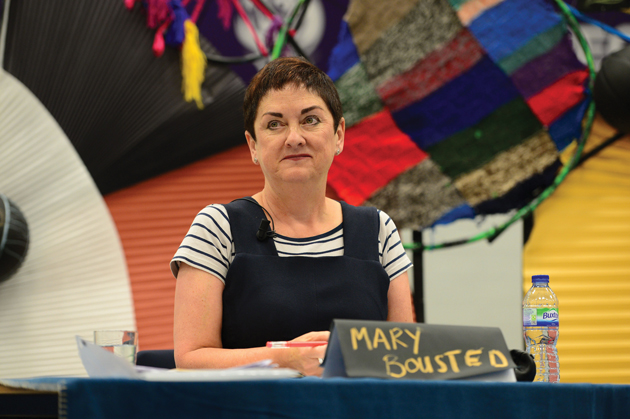 Schools will remain accountable for the education of excluded pupils and be held responsible for finding them alternative provision under new rules announced by the government.

But the logic of introducing such a requirement when school budgets are already stretched has been questioned, with one union boss claiming it will put extra pressure on school leaders.

Under plans announced in the Queen’s speech this morning, the new Education for All bill will include a requirement for schools to find the right provider for their excluded pupils and remain accountable for their education even after they have left their direct care.

Notes circulated following the speech flesh out plans to hold schools accountable for their excluded pupils, after the idea was first mooted in the government’s education white paper, which was released in March.

The rule change will seek to stamp out the practice of academies that exclude pupils to skew their results and claim “rapid improvements”, after a report by the Centre for High Performance revealed some trusts excluded pupils to change the profile of their intake and boost results.

Under the current system, pupils excluded from schools become the responsibility of the alternative provider they are placed with, but the government wants to make sure schools retain responsibility for pupils until they find another school place – with their performance while in alternative provision reflected in their original school’s results.

Mary Bousted, the general secretary of the Association of Teachers and Lecturers, said her union was pleased the government was going to focus on vulnerable pupils to ensure their education was “safe and of a high standard”.

But she said that school leaders were “already under intense pressure which is driving many from the profession”, adding: “Without enough appropriately qualified staff, any reforms are unlikely to work.”

Questions remain over how schools will be held to account for their new duties, but more detail is expected to be set out when the bill is tabled later this year.

David Laws, the former schools minister and current executive chair of CentreForum think tank, said the proposal should help remove the “bad incentive” for schools to remove lower-performing pupils to improve league table performance, but warned that “careful thought” needed to be given to the practicalities of the policy.

“There may be limits to the amount of time where responsibility is appropriate, and schools have to have the ability to access and influence good alternative provision providers. There is no point in penalising schools for education which they cannot reasonably influence.”