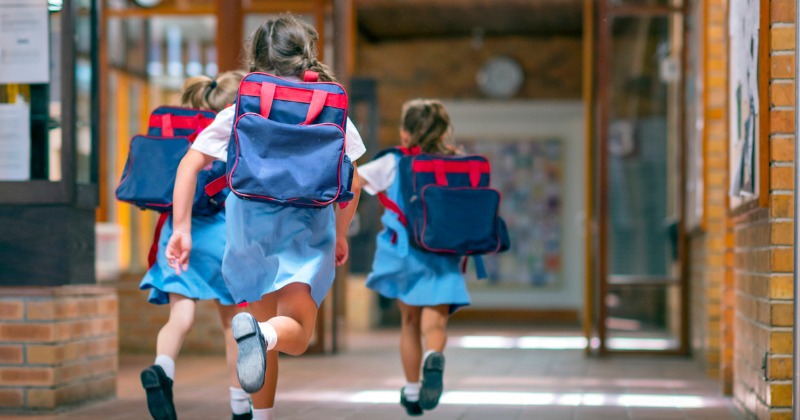 Pupils are on average three months behind on their learning as a result of partial school closures, with deprived pupils and those from black, Asian and minority ethnic backgrounds more likely to be affected, a new study has warned.

Rather than being a quick-fix, school catch-up schemes will need to be sustained if they are to be effective

A large-scale survey of teachers by the National Foundation for Educational Research and Nuffield Foundation found that those working in the most deprived schools were over three times more likely to report that their pupils are four months or more behind in their learning, compared to those in the least deprived schools.

The research has prompted warnings that catch-up must not be seen as a “quick-turnaround solution”, with schools facing a “range of barriers” as they reopen.

The survey also found that almost half of pupils need “intensive catch-up support”, with those from the most deprived schools and institutions with the highest proportion of pupils from BAME backgrounds “in greatest need”.

The study comes as most schools prepare to reopen their doors to all pupils for the first since since March, with ministers insisting it is safe to do so.

Following the exams fiasco that gripped the schools community for much of the last few weeks, attention has now turned to the reopening of schools and the learning lost during four months of partial closures.

The NFER and Nuffield survey, which gathered the views of almost 3,000 teachers and leaders from more than 2,200 mainstream schools in England, found that 89 per cent of senior leaders predicted they would find it “at least somewhat manageable” to open to all pupils safely, though many identify the need for additional staffing and resources.

But 74 per cent of those who were teaching in schools in July said they could not teach to their usual standard, raising questions about whether ongoing restrictions will affect learning further.

Dr Angela Donkin, the NFER’s chief social scientist, warned that while it was “crucial” that children catch up, it should not be assumed that teachers will “immediately be able to deliver the same quality of teaching, at the same speed, as before the pandemic”.

“There remains a range of barriers for teachers and schools, which means catch-up should be seen as part of the ongoing process of learning recovery, for most pupils, rather than as a quick-turnaround solution.”

Of those teachers and leaders surveyed by NFER, 98 per cent reported that their pupils are now behind where they would normally expect them to be in their curriculum learning. On average, teachers said pupils were three months behind.

They survey also puts in stark context the concerns about poorer pupils. According to teacher estimates, the learning gap between disadvantaged pupils and their peers has widened by 46 per cent.

The study is the second in as many weeks to warn about the disadvantage gap.

The Education Policy Institute’s annual report, released last week, found that the attainment gap between poorer pupils and their better-off peers has stopped closing for the first time in a decade

Josh Hillman, director of education at Nuffield Foundation, warned that schools reopening this month would be “trying to close the disadvantage gap while also balancing social distancing measures and delivering the curriculum for all pupils”.

“Rather than being a quick-fix, school catch-up schemes will need to be sustained if they are to be effective, and we would welcome additional government guidance and funding for schools as they develop new ways of working.”

A Department for Education spokesperson said getting all children back to the classroom was a national priority “because of its important [sic] for their education, as well as for their development and wellbeing.

“While the attainment gap had narrowed since 2011, many pupils have had their education disrupted by coronavirus, and we cannot let these children lose out.

“That’s why throughout the pandemic we have invested in remote education, providing devices, routes and resources for the children who need them most, and why our £1 billion Covid catch up package will tackle the impact of lost teaching time – including targeted funding for the most disadvantaged students.”