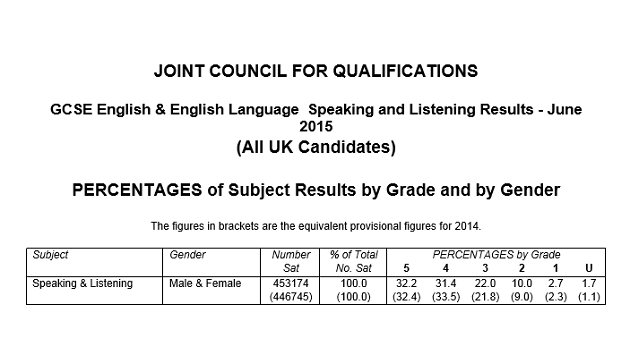 More pupils scored the top mark on speaking and listening GCSE English tests this year compared to any other grade. It won’t help the pupils, though, as the exams no longer count towards their final English GCSE grades.

In this year’s tests, the second not to count toward English language and literature final grades, 32.2 per cent of the 453,174 tested pupils scored a grade five, the highest possible grade, while 31.4 per cent received a grade four.

Figures released by the Joint Council for Qualifications (JCQ) also show that 22 per cent of pupils received a grade three, compared to 21.8 per cent last year.