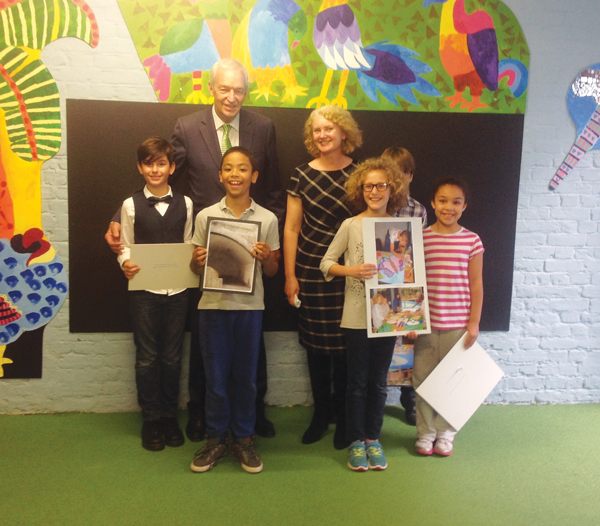 Pupils at a central London primary had a big say in the design of their new playground, opened recently by newscaster Jon Snow.

Christopher Hatton School welcomed the Channel 4 news anchor to mark the completion of months of renovation work in the lower playground.

The new jungle-themed space was co-designed by pupils from the school, who worked with Artyface artists Maud Milton and Rebecca Sicardi.

Headteacher Gwen Lee said: “The new playground is great for the children. It has been transformed from a dark and gloomy space to a light and happy one. The children were part of the design process so they are especially excited about bringing their vision to life.

“It was great for the children to also have Jon Snow open the playground officially. It makes it an event and celebration for the pupils, especially after all their hard work and efforts.”