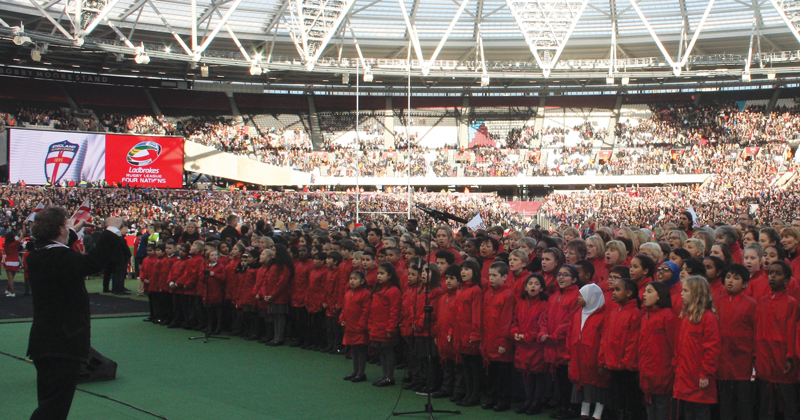 More than 400 pupils from schools across London and the southeast sang the national anthem to kick off a Four Nations England vs Australia rugby league match.

The pupils aged between 9 and 18 came from 11 schools belonging to academy trust United Learning, and included Ashford and Wye schools in Kent; Dunottar school in Surrey; Walthamstow academy, north London, and Wilberforce primary in west London.

Pupils rehearsed at their schools where they held workshops with professional opera singers. They also learned a Britpop medley, as well as techniques to help to build their confidence in performing in front of a large audience.

Emma Skae, principal of Walthamstow academy, said: “I was thrilled to watch our students perform. It was a wonderful opportunity for them, and they sang brilliantly. It was a great start to the match.”

Eleven-year-old Annabel from Dunottar school added: “The best moment for me was when we were singing on the pitch because it was a once-in-a-lifetime opportunity.”

And for those who don’t know the result, Australia won and then went on to win the competition, beating New Zealand in the final.