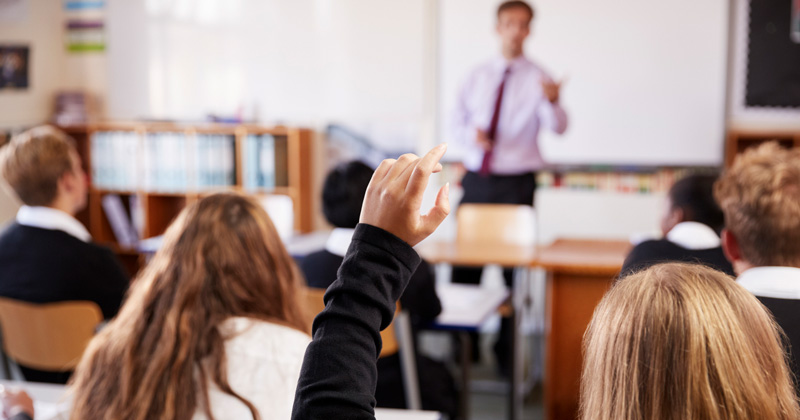 There are around five times more pupils attending state primary and secondary schools than during the first national lockdown, new government figures have revealed.

The latest attendance data from the Department for Education (DfE) shows that as of January 13, attendance was at 21 per cent in primary schools and 5 per cent at secondary schools.

The DfE said that on average between March and May, attendance was at 4 per cent in primary schools and 1 per cent in secondary schools.

Pupil attendance in special schools more than tripled from 8 per cent on average during the first lockdown to 30 per cent last week.

Since January 4, schools have been closed to all pupils except the children of key workers and vulnerable pupils.

Key worker children represented 72 per cent of all pupils attending on January 13 – around 709,000 children.

The data also shows the proportion of pupils with an education, health and care plan, who the DfE has said should still attend, fell to 34 per cent last week, down from 75 per cent on December 16.

Around 40 per cent of pupils with a social worker were also in attendance on January 13. Again this represents a large decrease from 76 per cent on December 16.

Geoff Barton, general secretary of the Association of School and College Leaders, said the statistics “confirm that school attendance is much higher than during the first lockdown”

“This has put schools under tremendous pressure as they have to juggle face-to-face teaching for those in school with remote education for those at home.”

Barton added the increased number of pupils attending has “also raised concerns about how many children it is safe to have in schools during a time in which the Prime Minister has advised people to stay at home and save lives. We still haven’t had a clear answer from the government on this crucial question.”

This week’s attendance data also includes data on school staff attendance for the first time since schools returned in September.

The DfE said around 39 per cent of teachers and school leaders were working on-site in open settings on January 13. Levels were higher in primary schools, at 50 per cent, and lower at 24 per cent in secondary schools.

Teacher attendance was highest at special schools, where around 62 per cent of staff were working on-site.

The data also found that a higher proportion of teaching assistants, 51 per cent, were working on-site in open settings.

“Government guidance says that people should work from home unless absolutely necessary to be in work. This message needs to be adhered to in schools and colleges as much as in other workplaces.”

The data shows that the proportion of teachers and school leaders absent with a confirmed case of Covid was highest, at 1 per cent, on December 17 during the final week of term.

Education secretary Gavin Williamson said “teachers, school staff and parents have continued to work collaboratively and immensely hard since the start of this term to help children to learn at home”.