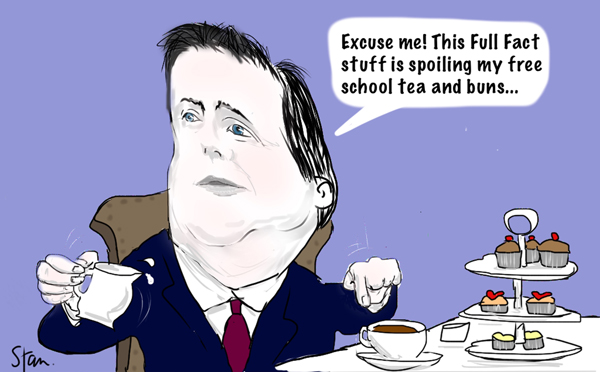 A private school singled out by Prime Minister David Cameron in a speech this week has defended its record for sending pupils to top universities.

“Free schools work,” Mr Cameron said in his speech on Monday at Kingsmead Academy in Enfield, north London. “They are more likely to be good or outstanding than other schools.”

He said he had seen “incredible” results, such as at the LAE, which is in one of the most deprived boroughs in the country.

“Three years ago it didn’t exist. Last year, it got as many pupils into Oxbridge as Millfield.”

James Brittain, head of higher education and careers at Millfield, defended the £7,500-a-term school, pointing out that growing numbers of its students were taking places at competitive universities in other countries.

Mr Brittain said: “As a school we welcome pupils of a wide range of abilities and support individuals to meet their own aspirations, whether it is Oxbridge, Russell Group, specialist colleges, American or other international universities.

“More than 10 per cent of our pupils now choose to study overseas when they leave Millfield and this year we have seen pupils gain places at Harvard, Columbia and a number of other prestigious American and European universities.”

It has also been revealed that LAE still uses a controversial policy, first revealed in Schools Week, of kicking out pupils who fail to achieve at least three Cs at AS-level ­— or an equivalent nine points through a system where an E equals one point and an A equals five. This means those who under-perform are not counted in their statistics for university place success.

LAE’s admission policy document for September 2015 entry states: “It is expected that the vast majority of sixth-formers enrolled at LAE in year 12 will progress to year 13 to complete their A-level courses.

“However, it is a requirement that pupils achieve a minimum of three C grades (or a minimum of nine points from their best three subjects) at AS-level in order to progress into year 13 to take full A-level courses.”

A claim from the Department for Education last year that free schools were “twice as likely” to be good or outstanding compared to other schools was also checked by the UK Statistics Authority in September last year, after Full Fact – an independent fact check-service – raised concerns about its accuracy.

After reviewing evidence, the watchdog said: “The question of how to compare free school inspection outcomes with other schools in a fair way appears to remain unresolved by the experts.”

Comparisons were hampered, they said, due to the small numbers of free schools inspected so far and changes to the Ofsted framework.