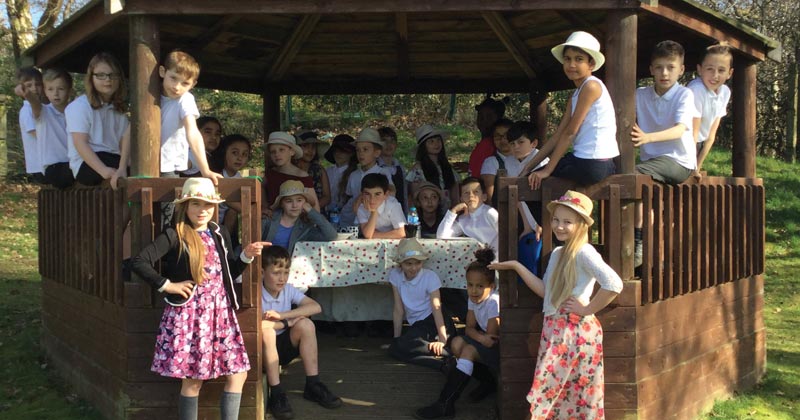 Year 5 pupils from Hill West Primary School in Birmingham recently re-created Renoir’s ‘Luncheon of the Boating Party’ during an ICT lesson that explored the digital alteration of photographs.

They swapped their uniforms for floral dresses and white vests to re-create the famous oil painting, which is dated 1880 to 1881.

Photographs were taken of the children, which were modified on computers using programs such as Photoshop.

Alongside broadening their knowledge of Renoir’s artwork, the project was an attempt to help them to understand how images in the media can be digitally altered.

Teacher Dr Rhian Warrack said: “In ICT and digital literacy lessons, we have explored the alteration of photographs of famous people, and have considered how we perceive people before and after images have been altered. We have also considered whether we see the real person when we see people in photographs and in films.

“We wondered what the people in Renoir’s picture were doing or thinking and tried to re-create this in our images.”