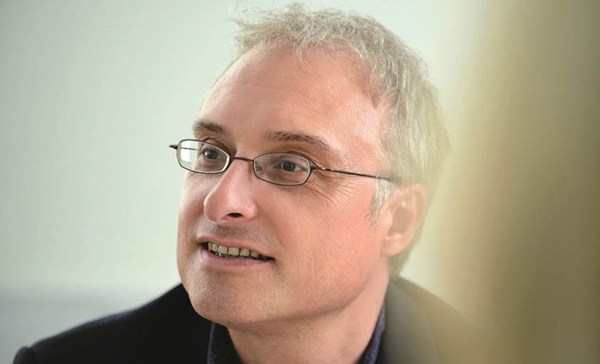 More than half of England’s primary schools have chosen Early Excellence to provide their reception baseline assessments – meaning that at least one of the other five providers looks set to lose its government approval.

Early Excellence’s national development manager Jan Dubiel (pictured) told Schools Week that “slightly over 11,000 schools, or “about 60 per cent”, had chosen his company to provide the baseline assessments to be taken by four and five-year-olds from September.

The government is introducing the assessments to improve how it measures primary schools’ progress to the end of key stage 2. The assessments will be carried out during the first half term of the reception year.

Six assessment providers were approved by the Department for Education (DfE) earlier this year. Each company was told it must recruit a minimum of 1,638 schools – about 10 per cent of primary schools – by the end of April to remain in the process.

Early Excellence’s dominance of the market makes it unlikely that all five other providers can meet the required bar, but secrecy surrounds the sign-up figures.

No other provider would reveal the number of schools it had recruited. The DfE has said it will contact schools by June 3 if their original choice had not met the threshold. Schools will then be able to choose another provider.

Primary schools made their choices against the backdrop of a campaign raging against the assessment’s introduction.

Delegates at the National Union of Teachers annual conference in April backed a motion agreeing to work towards a boycott of the baselines, and a letter signed by 17 unions and associations claimed the assessments were “unreliable, disruptive, statistically invalid and harmful to child wellbeing”.

Mr Dubiel said: “There is something of a campaign against [the baseline], some of which is quite misleading and badly informed – and revolves around ‘inappropriate testing’. But our assessment is not a test.”

He said the Early Excellence Baseline Assessment (EExBA) did not include any predetermined tasks or tests, and required reception year practitioners to build knowledge of a child through observations, interactions and daily activities.

He said: “Schools have voted powerfully for a particular approach.”

Greg Watson, chief executive at GL Assessment, another approved provider, said: “Schools are still actively seeking a solution despite the fact that the initial deadline has passed, and we are recruiting new schools for our own baseline assessment.”

Both GL Assessment and Hodder Education said they would wait for further announcements from the DfE before releasing their figures.

It is still unclear what proportion of primary schools have opted into the assessments for the coming academic year. From September 2016 schools will need to use the reception baseline assessments if they want to be assessed on pupil progress at key stage 2, as opposed to attainment.