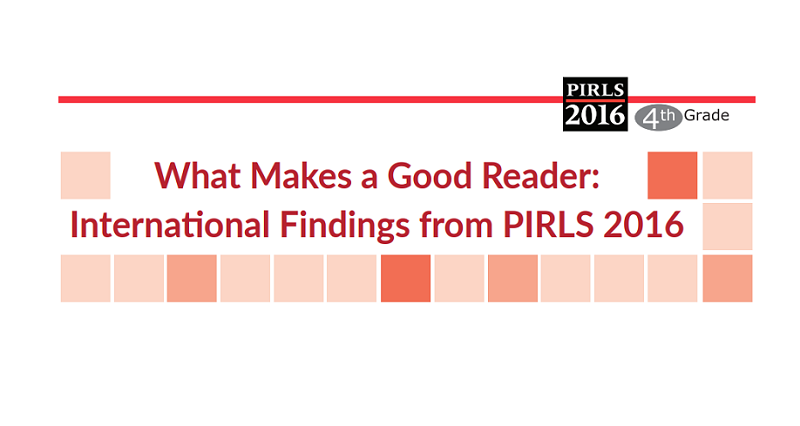 England has come eighth out of 50 countries in an international reading test – and the government says its reforms are behind the success.

The 2016 Progress in International Reading Literacy Study (PIRLS) tested over 300,000 10-year-olds across the world.

England’s move from joint tenth to joint eighth place has been welcomed by the government as evidence its primary school reforms, including phonics, are working.

“Our rise through the global rankings is even more commendable because it has been driven by an increase in the number of low-performing pupils reading well.”

In January 2015, the Department for Education said in a letter to the education committee that it intended to use international attainment tests to judge how England’s school system was improving.

The DfE used PISA tests, another international testing system, as an example at the time, but England’s performance in the 2015 PISA tables was less impressive than today’s PIRLS results, as the data showed English pupils had not improved their PISA scores for almost a decade.

The PIRLS assessment, which has been running since 2001, involves nine- and 10-year-olds completing comprehension tests.

PIRLS also involves questionnaires for headteachers, classroom teachers and students, and a survey for parents or caregivers, to find out more about the factors that influence the way primary pupils are learning.

Here are other key findings from today’s report:

England came joint eighth with an average 559 points for reading achievement, the same score as Norwary and Chinese Taipei. This score was better than the 2011 score of 552, which put England in joint tenth place with Ireland.
The top three places in 2016 were secured by the Russian Federation with 581 points, Singapore with 576, and Hong Kong with 569. Scores among the 50 countries ranged from 320 to 581.
England was one of 18 countries that showed higher-than-average achievement this year – others included Australia, Italy, and Spain.

PIRLS tests follow a five-year cycle and England’s scores have risen since 2006, but dropped between 2001 and 2006.

2. English pupils are better at fiction than facts

English pupils performed better in “literary” reading than in “informational” reading this year, with average scores of 563 and 556 respectively.

English pupils were better at “interpreting, integrating and evaluating” the texts they were given, scoring 561 points on average for these skills, while their aptitude for “retrieving” information or “straightforward inferencing”, scored an average of 556 points.

3. Girls beat boys in 48 out of 50 countries – but England is narrowing the gap

Girls had a higher average achievement than boys in 48 of the 50 countries. Only in Macao, a region of China, and Portugal were boys’ and girls’ achievements similar.

In England the difference between boys’ and girls’ results was 15 points this year, narrowing the gap since 2011 by eight points. Boys’ average score improved by 11 points between 2011 and 2016, while girls’ rose by only three points.

Girls have outdone boys in reading achievement since 2001. The average difference between their scores this year was 19 points.

Over a third (36 per cent) of pupils in England had a headteacher with less than five years’ experience; the average was nine years. The average experience for principals across all the PIRLS 2016 countries was 10 years.

The qualifications of headteachers were not compared to pupils’ results.

6. The diminishing returns of training

The PIRLS 2016 data also appeared to show that teachers’ continuing professional development was having little impact on pupil achievement.

The average score of pupils whose teachers had spent 16 hours or more on professional development related to reading in the past two years was actually worse than that for pupils of teachers who had done none at all – at 551 points, compared with 566.

Again, however, the scores were not straightforward. Those who had a medium amount of CPD (six to 15 hours) did better than those who had done less than six hours, suggesting there’s a sweet spot in the middle.

Twenty-five per cent of year 5 pupils in England also reported arriving at school feeling hungry every day or almost every day. This had a considerable negative effect of their reading results: they had an average of 534 points, compared with 579 for those who said they were never hungry at school.

A further 36 per cent of pupils said they felt tired every day or almost every day. Their average score was again lower at 546, compared to 554 for those who said they were never tired at school.