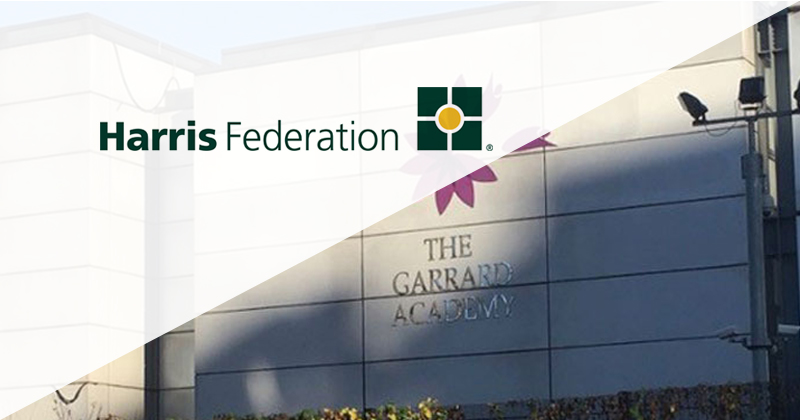 One of the country’s first ever academies has been taken over by a major London academy chain, after it fell into special measures.

The Garrard Academy, formerly known as the ‘Business Academy Bexley’, was opened in 2003 by the then-prime minister Tony Blair, who hailed it as the “future” of state education.

But financial woes and a damning Ofsted report saw it close down this summer, in order to reopen for a fresh start this month as the Harris Garrard Academy, to be run under the auspices of the Harris Federation.

According to the academy’s trustees’ report and financial statements for 2016, governors decided “the interests of the academy, its staff and students would be best served by joining a multi-academy trust”.

Based in south-east London, it has had five full inspections from Ofsted over the past 15 years, in which it has been rated ‘inadequate’ twice, ‘requires improvement’ twice, and ‘good’ only once, in 2013.

The education watchdog slapped it with its second ‘inadequate’ after its last inspection in June 2016, saying progress was “too slow”, teaching was “inadequate”, and “management policies and practices are weak”.

Poor teaching resulted in “unacceptable behaviour from pupils” which went unchallenged, while assessment was “disjointed and incoherent”, while staff were not held accountable for pupil outcomes.

Its money troubles lead to further reductions in provision, especially for pupils with special educational needs or a disability.

Between 2013 and 2014 it received £1,045,000 from the Education Funding Agency in deficit funding for restructuring, and it received a financial notice to improve in November 2014.

The school also struggled with recruitment – despite a capacity for 1,350 students, it had just 837 last year, which added to “pressure on funding”. Its most recent inspection “dented” student numbers, according to the trustees’ report.

In joining the Harris Federation, Garrard Academy becomes a new sponsored academy, which means it will not be inspected again until its third year of operation – unless Ofsted sees good reasons to visit beforehand.

Schools Week reported in January that the Business Academy Bexley had changed its name to the Garrard Academy, to recognise the support of its original sponsor Sir David Garrard.

The retired property tycoon and former Labour donor put up nearly £2.5 million to sponsor the school, which became the first all-through academy in the country.

Its site was designed by architect Norman Foster at a reported cost of £31 million, but media reports in 2010 found hundreds of thousands of pounds had been spent on fixing parts of a building that was “incredibly expensive to run”.

Under the Harris Federation, the academy will be led by executive principal Christopher Everitt, who is also the principal of the nearby, ‘outstanding’-rated Harris Boys’ Academy East Dulwich.

The Harris Federation confirmed to Schools Week that Garrard Academy would join it in September, but did not comment further.

Garrard will be one of four Harris academies opening this academic year, bringing the federation’s total to 44 schools.