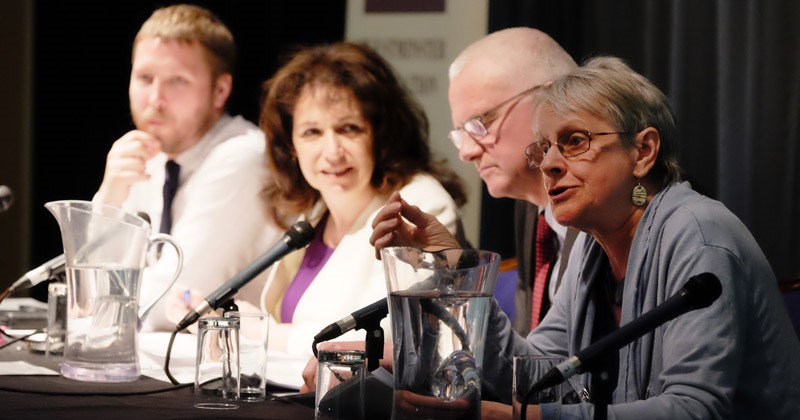 New maths GCSEs are being introduced too quickly and are risking a “mess”, subject leaders today warned as one teacher reported working seven days a week to implement the changes.

The new exams, to be taken by pupils for the first time next summer, require pupils to demonstrate a greater grasp of the problem-solving applications of maths. The government is hoping the tougher exams will improve the quality and number of pupils progressing to maths A level.

But implementation of the new syllabus has been criticised by leading academics and government advisers speaking at a Westminster Education Forum event in London this morning. Anne Watson, emeritus professor of maths education at the University of Oxford and a representative of the Institute of Mathematics and its Applications (IMA), advised the government on the new curriculum but said she was “concerned” there had been “little support provided for this very radical shift of focus in teaching”.

“There seems to be little understanding of the time it takes to alter classroom attitudes of mathematics, both those of teachers and schools and students, and to establish the new kinds of teaching necessary.”

She said that while the eventual plan is for a “more numerate population” her “expectation is that first of all there is likely to be a mess due to the scale and pace of the imposed change.”

Watson said the change would be particularly difficult for schools which did not already teach problem-solving to pupils, with teachers not receiving adequate training to support the change. While she said there is a “ground-up approach of teacher education” through the government’s Maths Hubs schools, she said their quality was “variable” and only reaching schools providing time and funding to staff for training.

Peter Mattock, head of maths at Leicestershire’s Brockington College, said his school had switched to a two-week timetable so pupils could receive more hours of maths teaching. He said the shift had taken “two years of really hard graft” and admitted the work was “nowhere near done at all”.

“In terms of teaching in the classroom it has made it harder because you always have to be on your A-game. Every answer is probed, is challenged. You can’t let anything slip by now because you’ve got to test their understanding all the time.”

Anne Haworth, chair of the Association of Teachers of Mathematics, also said the new GCSE was “hugely challenging” for teachers, who had a “very short space of time” to prepare pupils. “As a subject, mathematics has gained specific attention in these reforms,” said Pittard. “Arguably the biggest changes to content have been in mathematics, and there are important reasons that are not just about qualification design.

“As a country and culture we do need to reform our whole approach to mathematics, our expectations, our teaching, our attitudes to maths.”