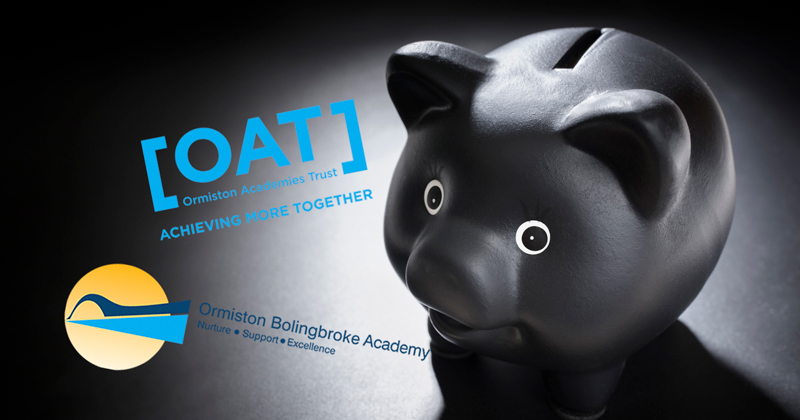 A large academy trust is preparing to fire the trustees of an affiliated standalone academy after they snubbed merger plans because their £800,000 reserves would be “raided”.

The boardroom tussle exposes problems that can be caused by trusts pooling their schools’ funding.

As sponsor, OAT takes a £140,000 annual fee from the school, but is not directly responsible for its operations or finances. After government prompting, trustees at OBAT agreed last year that the school should join OAT.

OBAT trustees say they were assured that the school would keep its reserves, which accounts show stood at more than £800,000 as of August last year.

But in March they voted to halt the merger, claiming OAT had “moved the goalposts” because it insisted the cash be pooled. They said they were also concerned about plans to increase the management fee charged by the trust to more than £218,000 by 2021, a 56 per cent increase.

Now trustees have been issued with notice that the controlling members of OBAT – the majority of whom [two] are senior OAT officials – intend to hold a meeting to vote them out.

Mike Cunliffe, OBAT’s chair of governors and the only member not from OAT, told Schools Week he was in favour of moving into a multi-academy trust in principle, but was concerned about the impact on the school’s finances.

Cunliffe also accused the larger trust of ignoring advice from Damian Hinds, the education secretary, in May that “a further two members should be appointed to ensure a broad range of perspectives for robust decision-making”.

Cunliffe expects he and other trustees will be removed.

“We’re not agreeing for them to take our money, so they sack us. Is that democracy?” he said. “All we can do now is hope the secretary of state intervenes and tells them to back off.”

Mike Amesbury, the MP for Weaver Vale, said the school had done “a remarkable job in quite a deprived part of my constituency”, and said he had “real concerns” about OAT’s “raid on their budget”.

But an Ormiston spokesperson insisted “decisions on whether to sponsor a school are never based on its level of reserves”, adding the trust believed it was “best placed” to support the “requires improvement” school.

“As an educational charity committed to improving the life chances and opportunities for all pupils across our network, we endeavour to work closely with schools so they have the appropriate support required to achieve these aims.”

Trusts are increasingly pooling their schools’ reserves as it means they can use surpluses to wipe out any deficits. Some are also pooling their general annual grant funding.

A DfE spokesperson said: “OBA applied to voluntarily transfer to OAT which was approved at the head teacher board based on the existing relationship between the academy and trust.

“The regional schools commissioner is working with the school and the trust to ensure pupils at OBA are not affected by this move.”

A dossier of emails and letters seen by Schools Week documents the increasingly fractious relationship between OGAT and OAT.

In January, Vicky Beer, the RSC for Lancashire and West Yorkshire, wrote to Cunliffe to ask for his support in “resolving these issues so the transfer can happen”.

On March 27 Cunliffe told Beer that OBAT’s trustees had voted 6-2 to halt the move as there was “not the necessary level of trust and cultural synergy” between the two organisations.

On April 3, Cunliffe also urged Damian Hinds to halt “any aggressive takeover attempts” by OAT, to appoint a fourth member [so OAT did not have a majority of members] and to direct the RSC “to support us to find an alternative MAT home”.

But two days later Nick Hudson, the chief executive of OAT, informed Cunliffe the move was in the interests of the academy, its staff and its pupils.

On April 15, he wrote to Cunliffe again to say he “will not be issuing the 28-day notice at this time” to allow time for the education secretary to respond to his letter. He also said he did not want to “distract the academy during this important examination period”.

However, he issued the trustees with notice on June 13 that a resolution removing them as directors would be proposed at the next general meeting on July 15.

Hinds responded to the April 15 letter that although it was “our preference that a trust board is made up of five members” . . . his department was “unable to appoint members for the trust board”.