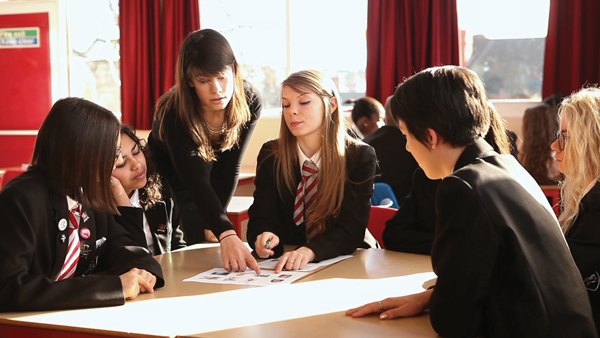 A campaign to attract more graduates to become religious education (RE) teachers has been launched.

The Beyond the Ordinary campaign, created by the Religious Education Council of England and Wales (REC), highlights the £9,000 bursaries available to cover training costs for the subject.

A three-minute video forms the campaign’s centrepiece and focuses on the experiences of RE teacher Lynsey Wilkinson and her students from Redhill Academy near Nottingham.

It is launched as the Department for Education announced that more than 800 initial teacher training places will be made available for RE from September.

Successful candidates with first-class honours degrees will be eligible to receive the £9,000 bursaries; those with upper second-class degrees could receive £4,000.

Campaign lead Kathryn Wright said: “RE teachers come from all walks of life, from postgraduates with relevant degrees to career-changers looking for a new challenge.

“A teacher trainee coming to RE as their second or third job tends to be looking for a subject that will offer a challenge, draw on their life skills and is different and more stimulating than what they are used to.

“This campaign is intended to capture the interest and imagination of those who may have considered teaching, but may not have necessarily thought about a career as a RE teacher.”

Since 2012, entries to RE GCSE have risen 19 per cent while A-level entries have increased more than any arts, humanity or social science subject over the past 10 years.

Rudolf Eliott Lockhart, chief executive of the REC, said: “There is a growing need for qualified specialist RE teachers in our schools, so now is a great time to enter the profession.

“Increasing religious literacy is extremely important in today’s society. Issues of religion and belief frequently top the news agenda and helping students make sense of them is immensely rewarding and intellectually stimulating.

“No other career gives people the opportunity to tackle the big questions in life and to explore the impact of faith and belief on people’s lives like RE teaching.”

For more information about training to be a RE teacher visit www.teachre.co.uk/beyondtheordinary

Pic: A still from the Beyond the Ordinary campaign showing RE teacher Lynsey Wilkinson and her students from Redhill Academy