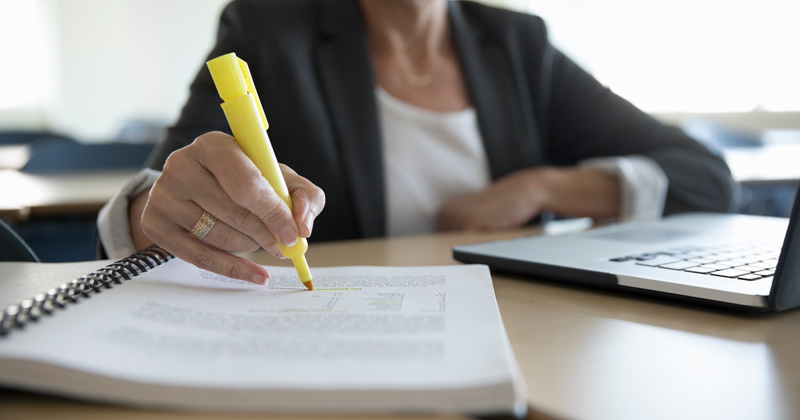 We need the school inspection process to move from a weak evaluative judgmental one, to focus on improvement first and foremost, says Stephen Tierney

Key to having a national inspection system is that the judgements made are reliable. That is, it shouldn’t matter which team of inspectors goes into your school or your child’s school on which particular day; they should come up with the same simplistic overall grade – outstanding, good, requires improvement or inadequate – in an attempt to describe the richness of children’s education.

Ofsted’s proposal not to use a school’s internal assessment data as evidence due to its lack of reliability makes a lot of sense. It’s disappointing, therefore, to see that the new framework states, “Work scrutiny is useful primarily for gathering evidence about the ‘impact’ of the quality of education. Inspectors can use work scrutiny to evaluate pupils’ progression through the curriculum.” Work scrutiny will prove to be about as reliable as schools’ internal data. In the hands of an inspector with substantial curriculum knowledge in the subject, aware of the possible biases, scrutinising the books could lead to an interesting discussion about the accumulation of knowledge. In reality, the inspector may well not have any expert subject knowledge and will basically be having a bit of a punt about what they see; the judgment might as well be made on how neat the handwriting is.

Pity the poor pupils and teachers who are required to record every detail of a lesson to help evidence the sequential development of knowledge over time; cue the next inspection framework having to unpick this mess. School leaders will be between a rock and a hard place; the audit culture that drives the workload monster will switch from data to exercise books, as people feel the pressure to provide evidence of learning that occurred when an inspector was not present. That’s at least 99 per cent of an academic year. The current lack of experience of leading a school, at the heart of Ofsted, means they are sometimes unable to see the effect of them dropping a pebble from their high tower; it unwittingly creates a workload tsunami that hits schools.

Schools are going to be required to “consistently go(es) the extra mile to promote the personal development of pupils, so that they have access to a rich set of experiences” (very laudable and right) and leaders are required to “ensure that highly effective and meaningful engagement takes place with staff at all levels and that issues are identified … in particular about workload” and ensure “they are consistently dealt with appropriately and quickly.” Again very laudable and right but not necessarily compatible; the absence of any mention of pupils or communities in the outstanding criteria for leadership and management struck me as a bit odd.

Talking of things that are a bit odd: the EBacc, off-rolling and permanent exclusions are all worthy of note.

Ofsted continues its confused position over whether or not it has a preferred curriculum; it quite clearly does. “At the heart of an effective Key Stage 4 curriculum is a strong academic core: the EBacc.” I’ve no problem with the first part of the sentence. However, the inclusion of the second part implies that the EBacc is the only definition of an academic curriculum rather than just one example of an academic curriculum; it should not appear in the document and certainly not with the force it does. It opens up the potential for each successive HMCI to choose their preferred curriculum and impose it on the whole school system. Without anywhere near enough modern foreign language teachers, or the hope of them any time soon, the EBacc cannot be implemented at the levels expected. I expect to see some nonsense, in inspection reports, about how a school’s curriculum consists of this many EBacc pillars with school leaders assuring inspectors they’ll have modern foreign language teachers in place for next year.

What’s missing from the framework is a view of elective home education. Again, there is a statutory process associated with it but also rumours of its excessive use by some schools, academies or trusts. One solution to this is very obvious and has existed for years: schools are held proportionately accountable for the time a pupil is on their roll.

We now have a new inspection framework that will be implemented in September 2019. It contains the same substantial and significant flaws that are in the current inspection framework and were in previous ones: an artificially precise, cliff edged and high stakes grading system that lacks reliability; imprecise language in the framework document and a very human set of inspectors to implement it, with all the biases and flaws that make us all so wonderfully human.

Headteachers’ Roundtable will respond to the consultation process. My initial thoughts to feed into the discussion are: beyond a welcome focus on the curriculum – though some of the specifics are unacceptable – the process of inspection needs to be reviewed and radically overhauled. We need the inspection process to move from a weak evaluative judgmental one, to focus on improvement first and foremost.

The grading of schools should go; Ofsted’s risk assessment process should continue to be developed and the few schools that are stuck and struggling to improve (my guess is that the majority will have substantial numbers of white disadvantaged pupils in them) benefit from a supportive, analytical and wise group of HMIs who accompany them on an improvement journey. Then we may see the education system move from good, stuck and increasingly fragile to one that is truly on the way to greatness.