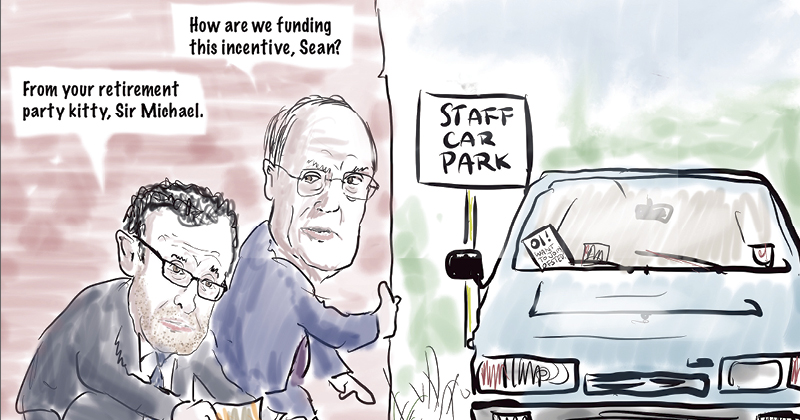 Inspectors will be paid to attend a new “comprehensive” training programme to boost the number of lead inspectors.

Ofsted has also launched a trial for Ofsted inspectors, formerly known as additional inspectors, to lead new “shorter” inspections of schools rated as “good”. These inspections are currently run by Her Majesty Inspectors (HMI).

The incentives follow reports earlier this year of schools waiting months for inspections after Ofsted axed nearly half of its additional inspector workforce, employed as contractors, to bring them in-house last September.

Sources say Ofsted is now “desperate” to find more people who can lead inspections, but the watchdog maintains there is “no shortage” of inspectors.

Colin Richards, a former inspector, told Schools Week the move suggests Ofsted is having “some difficulties”.

He said full-scale inspections are “increasingly stressful” because they are directed at “problematic schools with a great deal riding on the outcome and therefore they are particularly highly charged occasions.

“As a result there is more likelihood of lead inspectors’ judgments being challenged; that results in extra stress and extra time.”

Ofsted “is asking too much of its inspectors and too much from inspections”.

A spokesperson says there is “no specific budget” for the additional incentives, but inspectors will be paid their normal day rate to take part.

Schools Week reported in June that Ofsted had saved £3 million by delaying inspections.

The inspectorate says the delays were deliberate so that new short inspections, in which schools rated as good receive one-day inspections every three years, could be bedded in.

The watchdog launched a pilot this term in which Ofsted inspectors, rather than HMI, led the short inspections.

The trial is running in London and the East Midlands and could be rolled out nationally if successful.

Schools Week understands that Ofsted will listen to feedback from schools before deciding whether the trial has been successful, and that inspectors will be “closely chaperoned”, initially by HMI.

Ofsted is also launching a recruitment campaign targeting regions it believes have “gaps in skills or experience”.

But Chris Edwards, an Ofsted inspector in the 1980s and 90s, said: “A lot of people don’t want to do it [work as inspectors] any more.

“When I was an inspector it was all about professional development and support. Now it’s straight in and straight out. If you give schools a bad judgement you are ending their career. It isn’t a sustainable model.”

An Ofsted spokesperson added: “At all times we have met statutory targets for the number of inspections completed.

“There is no shortage of inspectors. We are determined to continue to increase the number of serving practitioners who inspect for us. This is proving to be an excellent model for inspection.”