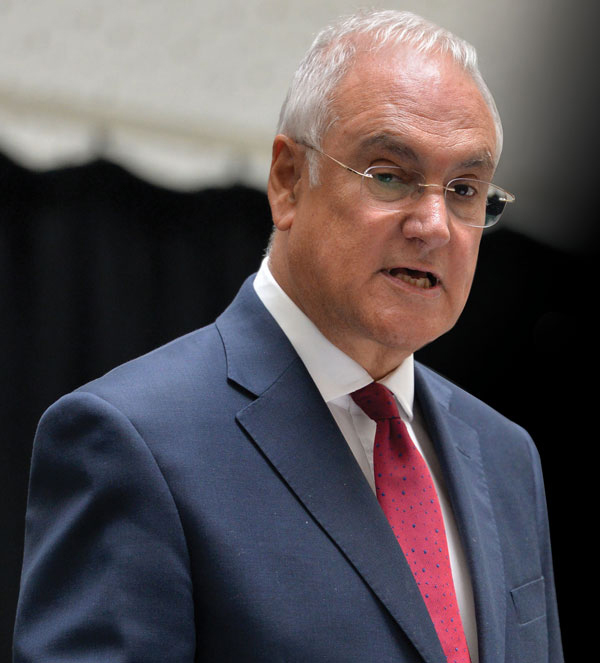 Positive action is legal if used to hire more diverse staff but difficult to implement, an employment law expert has said after chief inspector Sir Michael Wilshaw supported the practice.

Jo Bradbury, an associate solicitor in the employment department at education specialist firm SGH Martineau LLP, analysed comments made by Sir Michael during a phone-in to London radio station LBC.

In response to questions from listeners, Sir Michael admitted that as a headteacher he had applied positive discrimination when “two people…of equal merit” applied for jobs and he felt that he needed to “increase the number of teachers from ethnic minority backgrounds”.

Ms Bradbury said: “It would be legal, but from a practical point of view there are some difficulties.

“Broadly speaking, the Equality Act allows you to discriminate to ensure diversity in recruitment. It is called general positive action.

“The government set out some guidance in 2011 about what is called an ‘equal merit test’, which means the person you’re hiring has to be as qualified.”

But she said that “qualified” did not necessarily mean candidates had to hold specific qualifications, and said experience could be taken into account. She also said that other factors, such as assessment, would have to be taken into consideration too.

“If two people have passed an assessment and one got 71 and the other got 91, they would not be considered equal. But on a practical level it’s unlikely you’d get two candidates with identical scores.

“Certainly at primary level, where the vast majority of teachers are female but you’ve got that 50/50 split in pupils, schools are looking to address the balance of gender, and it’s the same in ethnicity.

“The bottom line is that the Equality Act does expressly encourage this concept of positive action in recruitment but requires an equal merit test.”

During the radio session, Sir Michael said that his experience of working with pupils from different backgrounds influenced his views.

“If I had two people applying for a job of equal merit and I felt we needed to increase the number of teachers from ethnic minority backgrounds then I would apply positive discrimination. As long as the two people were of equal merit.

“There needs to be a fair representation. If the ethnic mix is very diverse, it’s important to have a staff that reflects that.”

A spokesperson for the National Governors Association (NGA) said the association was concerned about under-representation of black and minority ethnic men and women in schools, especially in senior leadership positions.

“Governing boards must consider all candidates on their merits. The NGA would not be adverse to schools using the provisions in the Equality Act to give the post to an individual with a protected characteristic rather than another candidate. But the ability to use this provision is limited and can only be used where the employer reasonably thinks there is an under-representation within the workforce of individuals with that characteristic, and, crucially, where that candidate is equally qualified for the post as another candidate.”