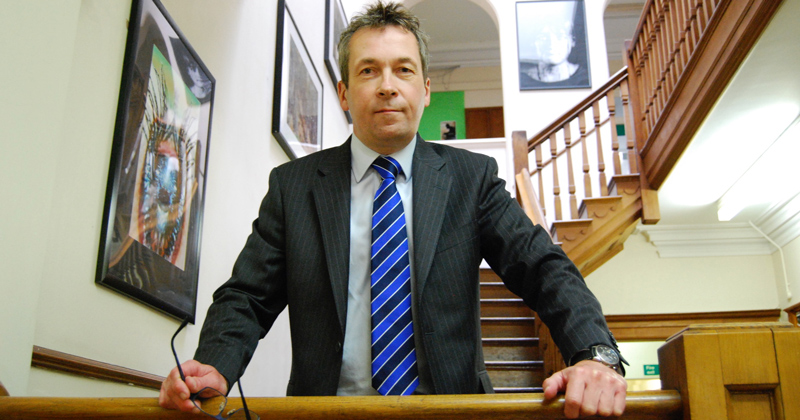 The Oak National Academy could begin to collect “some basic data” about its users, its chair has said.

Ian Bauckham told a Westminster Education Forum event on education technology this morning that there was a “huge level of interest in the data that we could collect”, and said the site may “move into the realm of voluntary or optional log-ins” in future.

But he admitted the platform would have to do some “careful strategic thinking around what was most valuable and what was legal and ethical” before collecting data on its users.

The online platform was launched in April, with resources put together by around 80 teachers from across England. It was initially given £300,000 in government funding, and received another £4.3 million last week, to continue and expand its work from September.

Asked by Schools Week in April about the data collected by the portal, a spokesperson for Oak said: “We do not collect any personally identifiable information. Anonymised Internet Protocol address information is used to protect the website from any attempted attacks.

“We use Google Analytics, when user’s consent, to help us understand how the Oak National Academy is being used – for example, the number of lessons being accessed. We own the data.”

Bauckham told the online webinar today that Oak doesn’t currently “know the identity of the people using the platform”.

“We know some of their characteristics. Their location, and what kind of device they’re using to access the platform. We don’t know their name or address,” he said.

But he added that “needless to say, given the volume of usage that our platform has got there’s a huge level of interest in the data that we could collect — we know that overseas the scale of the NHS as a single national health provider provides enormous, rich health databases for researchers to mine”.

“It is possible that we could do something like that educationally, but we would be moving into quite a different realm and we’d need to do quite a lot of careful strategic thinking around what was most valuable and what was legal and ethical before we went down that route, but it’s a very interesting area to reflect on.”

But if the organisation does move to have “voluntary or optional log-ins” and collects basic data at users “we would need to look very hard at the legality of what we could and couldn’t do and what kind of consent we need to collect”.

However, Jen Persson, director of digital privacy campaign group Defend Digital Me, said the platform was yet to demonstrate it is meeting requirements for the data it already collects

“Any EdTech venture starting out must have competence in their legal obligations towards children’s data protection and privacy by design,” she told Schools Week.

“That means clearly meeting article 25 of GDPR, and many other obligations to children, in order to have a lawful basis for processing their IP address and location data for example. That includes the use of any third-party tools they integrate with. Oak National is still to demonstrate that.”