Hundreds more local authority maintained schools had a budget deficit in 2016-17 than the year before, new data from the government has revealed.

The proportion of maintained schools with a deficit also rose, from 6 per cent last year to 9.1 per cent this year.

A higher proportion of secondary schools are in deficit than primary schools. 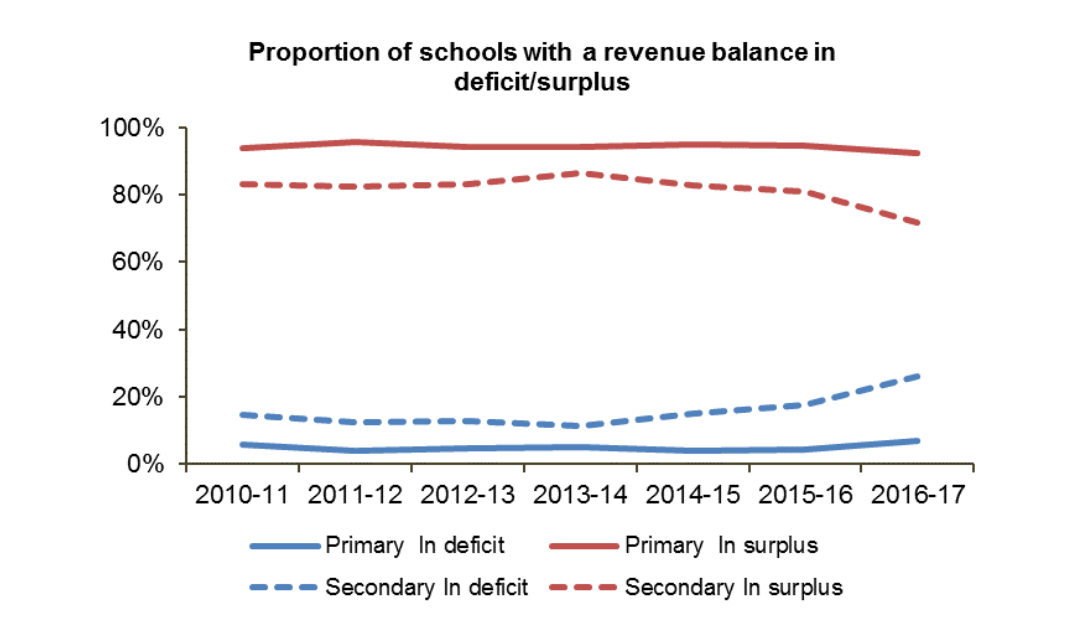 Spending by councils on schools continues to slump as more and more schools are converted into academies. In 2016-17, councils spent £28.1 billion on schools, compared to £29 billion in 2015-16, a drop of more than 3 per cent.