Approaching the new school year should be an encouraging time. It’s an opportunity to make a fresh start and put action to your plans made during a reflective summer. This year, schools may feel encouraged further as the inclination to start a fresh has been bolstered by the launch of the new inspection framework from Ofsted.

Change was necessary as the now defunct Common Inspection Framework (CIF) had been indicated as a key driver of negative education press, including the declining mental health of teachers and mountainous workloads leaving teachers with very little time to teach.

Now launched, the new Education Inspection Framework (EIF), has given schools more licence to use their expertise to offer intervention at a personal level. The previous parameters and accountability measures within which schools had to operate have been given a thorough makeover with curriculum and, crucially, personal development, at their very core.

That being said, the new EIF hasn’t been met with an entirely positive reception, with critics claiming that there hasn’t been enough done to directly address and alleviate workload of teachers. However, the impact of the changes may initially appear indirect, perhaps more likely to be associated with a harmonious environment, engaged learners and improved behaviour. Previous data and anecdotal evidence, including case studies we’ve gathered from learners who have undertaken V Certs, has shown that there’s a positive correlation associated with learners who’ve been given the freedom to approach education differently. 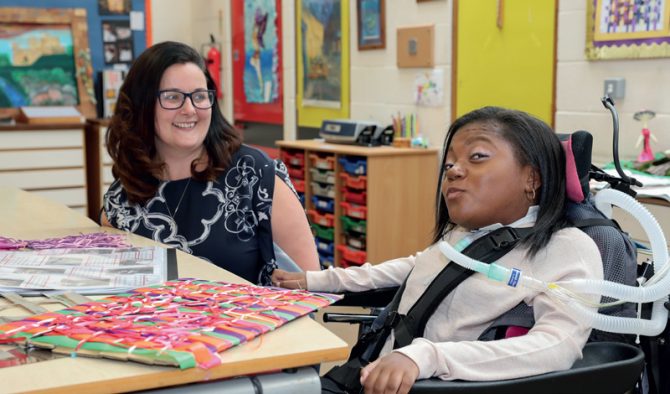 A broader curriculum has also been shown to have a positive impact on exclusion rates. Statistics from the Department for Education (DfE) report on ‘Non-GCSE qualifications in England: key stage 4 entries and absence and exclusions outcomes’ summarised their findings as: ‘[For] pupils, and pupils on SEN support, in state-funded mainstream schools, taking a Technical Award is associated with pupils having lower absence rates, lower permanent exclusion rates and lower fixed exclusion rates, when compared to similar pupils who did not take a Technical Award.’ With the highest reported exclusion rates in a decade in mind, now is absolutely the time to act upon this evidence and the new EIF makes it more possible for schools to do so.

The accountability measures which preceded the new EIF did not drive achievement but instead aided and abetted a high stakes environment at which the cost of underachievement was paid at the expense of the learner.

We need to ensure that learners leave school with a level of personal development and strong foundation of knowledge from which they can grow. The skills young people gain at school should allow them access to the range of diverse and changing career paths which are offered by our rapidly developing world.

It is also understood that the good mental health of students is hugely important to an enriched and positive learning experience, and something that can affect a learner’s entire educational journey and impact upon them achieving in all of their subjects. We’re committed to our part of this important conversation as we know the wellbeing of learners, and teachers, is paramount to a positive experience and success in school and beyond.

If you haven’t already, I would encourage you to explore our website or speak to one of our advisors about how we can support your PSHE delivery, including our new suite of Relationships, Sex and Health Education qualifications.

It would be disingenuous to suggest that accountability measures shouldn’t drive decision makers within schools, however, the percentage of learners who follow a traditional curriculum which allows schools to claim performance points, shouldn’t be the sole motivation behind curriculum choices, especially a curriculum which pertains to be holistic, diverse and fair. For this to be possible, there needs to be a change in attitude, alongside the changes to the EIF, across the education sector, so that curriculum managers do not feel bound by measures but can address the needs of every learner and make evidence-based decisions.

We’re passionate about learners leaving school equipped with the skills that are valued by employers and that will help them get on in all aspect of their lives. I’d invite you to explore what we can offer you to support you at the start of this academic year and let’s use this opportunity to really make a difference together.

Please visit ncfe.org.uk to find out more about how we can support your curriculum planning or email curriculumplanning@ncfe.org.uk.