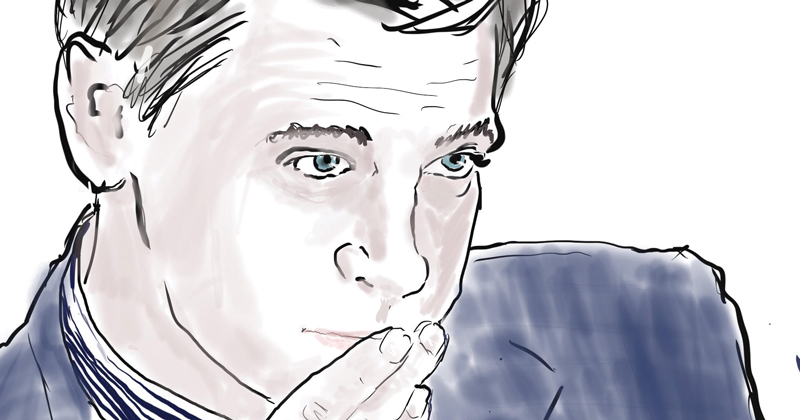 A teaching union is drafting new guidance for teachers and leaders on extremism after a Kent school cancelled a speech by an alumnus with extreme right-wing views.

Simon Langton grammar school for boys in Canterbury announced on Monday that it was ditching a talk by former pupil Milo Yiannopoulos (depicted in above cartoon) following threats of protests and a call from the Department for Education’s counter-extremism unit.

Yiannopoulos, a Donald Trump supporter and senior editor of right-wing news website Breitbart, has called the gender pay gap a “conspiracy”, admits he “delights in offending people” and describes feminism as “cancer”.

The former pupil was due to address sixth formers on Tuesday, but despite interest from more than 220 pupils, the school cancelled the event following talks with officials.

Criticism of that decision has led to calls for clearer guidance for leaders, with one union, the Association of School and College Leaders (ASCL), working on fresh advice for its members.

Under Prevent, schools must carry out a risk assessment before allowing any speaker to address pupils, but government guidance is vague on how schools should carry that out.

Anna Cole, a parliamentary specialist at ASCL, said there was a “growing need” for more detailed help.

Schools should evaluate “whether they are going to breach any legislation around inciting hatred or violence, and whether the school can keep children safe”, including whether protest activity might be a security concern.

It follows a Sunday Times revelation that referrals relating to far-right extremism made under Prevent increased 74 per cent from 323 in 2014-15 to 561 in 2015-16, with more than half of cases involving under-18s.

Mary Bousted, the general secretary of the Association of Teachers and Lecturers, said she would defend “to the death” the right of speakers such as Yiannopoulos to express their opinions, but said schools had a “particular” duty of care when it came to exposure of pupils to extreme views.

“I do think there is an issue with him,” she said. “This is somebody who says interest groups such as feminism and Black Lives Matter deal with feelings rather than facts.

“School is a place where pupils have a right to feel safe. They don’t have a choice about being there and schools have a duty over what they are exposed to.”

Simon Langton’s head, Matthew Baxter, said the decision to cancel was made following contact from the counter-extremism unit, the threat of demonstrations at the school and “our overall concerns for the security of the school site and the safety of our community”.

He told The Kent Gazette that the school remained committed to the “principle of free speech and open debate and will resist, where possible, all forms of censorship”.

In a statement, Yiannopoulos questioned the reasons for the department’s counter-extremism unit, claiming he was being punished for having the “wrong opinions”.

The government insisted its call to Simon Langton was a “matter of routine” following public concern over the speech and was intended to check the school had “considered any potential issues”, a spokesperson said.

“The decision to cancel the event was a matter for the school.”