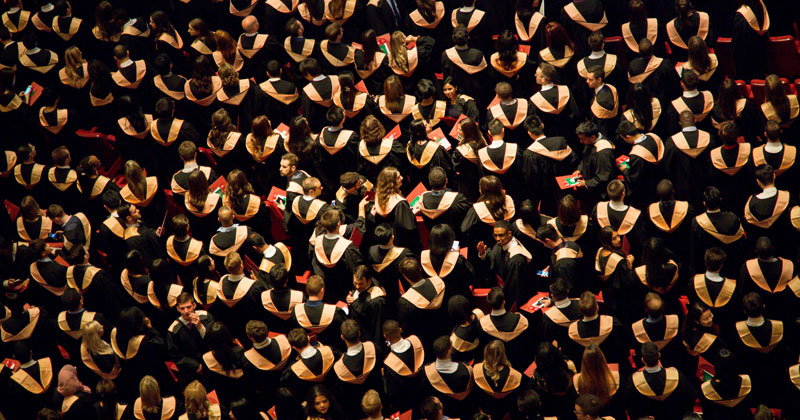 A new “graduate school” set up to aid the development of teachers at all levels of the school system wants to obtain degree-awarding powers.

The new charity was formed through the merger of Ambition School Leadership and the Institute for Teaching and officially launched yesterday. It has positioned itself as a “graduate school”, a type of higher education institution that would normally have the power to award postgraduate-level qualifications, such as master’s degrees and doctorates.

But some in the higher education sector questioned the graduate school tag. They highlighted, for example, that such schools have to work to meet standards set by the independent Quality Assurance Agency, with a rigorous system of peer monitoring and external scrutiny.

Speaking to Schools Week ahead of the launch event in London, Renowden said the decision to market the charity as a graduate school resulted from conversations with the schools community.

“When we brought together Ambition and the Institute for Teaching, it gave us an opportunity to think afresh about our approach,” she said.

“We spent a lot of time talking to teachers and leaders, engaging with the system, about what they felt was needed in terms of educator development.

“We’ve done a lot of scanning of the research and obviously through the team and the predecessor organisations we’ve had lots of years of having worked with teachers all around the country, so we’ve sort of synthesised all of that, and chosen to position ourselves as a graduate school because it gives us a way of combining the three things we think are really important.”

A graduate school usually has research engaged tuition by people with doctoral level qualifications and has to work to QAA standards within a rigorous system of peer monitoring and external scrutiny. Is this what is being recreated here?

The three foundations of the organisation are academic rigour, a connection to the classroom and a “social purpose”, and Renowden said bringing these three things together was the charity’s unique selling point.

“It’s the combination of those three things that makes us unique,” she told Schools Week.

“And that’s why we’ve chosen the words ‘graduate school’, because it is different in the sector, and that’s because we think combining those three things actually does represent something quite different. I don’t think anybody else is combining those things. It’s also the fact we’re working with teachers at all levels as well, from early career teachers to MAT CEOs. I don’t think anybody else is doing that.”

Formed in 2016 from the merger of charities The Future Leaders Trust and Teaching Leaders, Ambition School Leadership runs programmes for school leaders in both primary and secondary schools across England, including national professional qualifications at every phase.

The organisation also works with schools and trusts to help develop leaders at all levels, and also offers assistance with recruitment.

The Institute for Teaching was officially launched by education secretary Justine Greening in November 2017, and offers teachers who want to train as teacher-educators the chance to sign up for courses developed using expertise from a range of fields.