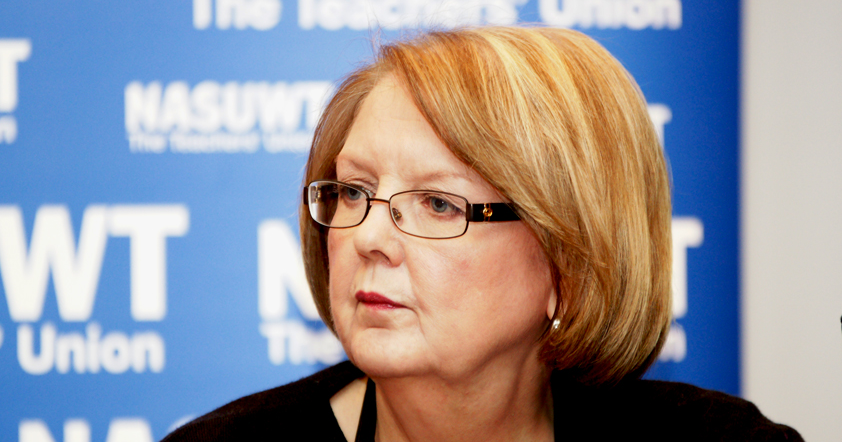 The NASUWT teaching union will face a hearing to determine whether it broke the law by allowing Chris Keates to overstay her term as general secretary, Schools Week can reveal.

The Certification Officer, which oversees unions in England, has ruled the union’s case should be listed for a formal hearing after receiving allegations that the union broke the law by failing to hold an election for Keates’s replacement before her five-year term came to an end.

It has also emerged that Keates could continue to serve as “acting general secretary” of the union, a role to which she was recently appointed, until next spring while her successor is chosen.

Schools Week revealed last month how the NASUWT was facing questions about its failure to call an election to replace Keates before June 3 of this year, the five year anniversary of her re-election in 2014.

The law stipulates that unions must ensure “no person continues to hold such a position for more than five years without being re-elected”.

It follows a period of unrest at England’s second largest teaching union, which has seen repeated strikes and other industrial action by its own staff over changes to their pensions, as well as bitter disputes between the leadership and a number of employees.

It was revealed last month that three senior national officials at the union have been serving lengthy suspensions following disputes with the organisation’s top team.

Keates announced her intention to stand down as general secretary of NASUWT on June 7, but told staff she would continue to serve in an interim capacity until her successor is chosen.

However, Susan Parlour, a NASUWT member in Northern Ireland who was recently removed as a member of the union’s ruling executive after speaking out against Keates, complained to the Certification Officer claiming the union broke the law by allowing Keates to serve for longer than five years.

In representations made to the Certification Officer, NASUWT’s lawyers Slater and Gordon confirmed Keates formally stood down as general secretary on July 5, more than a month after her term ended, and was appointed as acting general secretary.

The union “recognises that an election could have been called earlier”, the lawyers said. They claim the election process was commenced on May 21, before Keates’s term came to an end. The union also asserts that Keates’s continued service in the role is now only on a temporary basis, and therefore lawful.

According to the timetable, an advert for the post is due to be placed this week, with a closing date of September 16. Members of the union’s executive will then interview shortlisted candidates on October 11 to determine which candidate they will put forward.

From October 21, members will then be able to nominate challengers to the executive’s candidate. They will have until December 9 to do so.

If more than one nomination is received, a ballot will be held between January 2 and 31 next year, and the new general secretary will be introduced at NASUWT’s annual conference over the Easter bank holiday weekend.

The timetable means that if the executive’s choice of candidate is challenged, Keates will continue to serve as acting general secretary until mid-April, more than 10 months after her term officially came to an end.

A former national organiser at the NASUWT is to appeal against a tribunal ruling that the union was allowed to sack him.

The NASUWT fired Richard Harris last October after he accused Chris Keates, the union’s general secretary, of lying, wasting police time and “acting like a despot”.

But the union was subsequently ordered to reinstate him by a tribunal which found it was “likely” he was dismissed for whistleblowing.

However, that ruling was overturned at an employment appeal tribunal in June, where Mr Justice Soole ruled that the concerns raised by Harris were not in the public interest.

Harris confirmed to Schools Week today that he would be appealing against the June ruling.