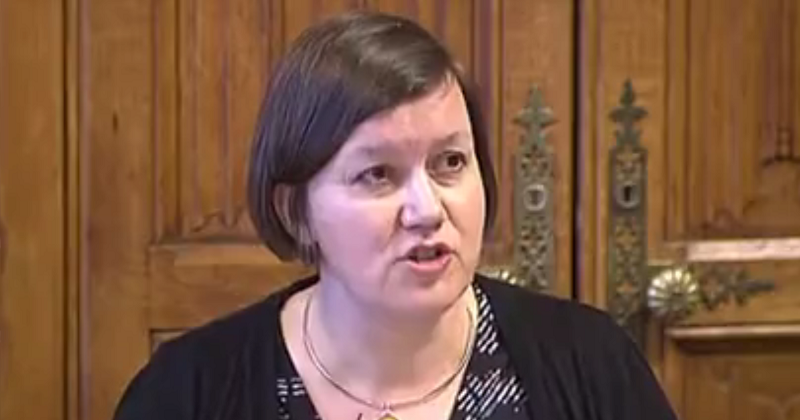 The government have a “collective delusion” about the scope for further cuts in schools, the Public Accounts Committee has said in response to its investigation into school funding.

A report by the parliamentary committee, released today, states that pupils’ futures are at risk and that the Department for Education is not well-placed to act swiftly if the quality of education falls due to budgetary pressures.

The call from the powerful group of MPs is likely to make it more difficult for the government to convince its MPs to support the new national funding formula, aimed at spreading cash more evenly across schools.

Officials predict schools will have to find savings of £3 billion by 2019-20 to deal with increasing pressures such as pay rises plus rising national insurance and pension contributions.

Meg Hillier (pictured), who chairs the committee, says the report sets out more evidence of “what increasingly appears to be a collective delusion in government about the scope for further efficiency savings in public services”.

“Unrealistic efficiency targets imposed on the NHS, together with weak leadership from the centre, have caused long-term damage to the finances of NHS trusts struggling to meet increasing demand. Government must not allow this to happen in schools but there are troubling similarities in its approach – similarities the Department for Education is unwilling to recognise.

“It must not be deaf to the experiences of head teachers who, as we heard in evidence, have already had to make potentially damaging cuts in areas such as maintenance, teacher recruitment and pastoral services.” READ MORE: DfE must ‘get its act together’ on school finances after spending watchdog condemns lack of leadership

The Education Funding Agency’s record on intervention, as well as its “failure to evaluate whether its interventions are helping schools to address financial risk”, does not “inspire confidence”, Hillier says.

“Grand plans drawn up in Whitehall are dangerous if they are implemented without regard to real-world consequences and we will expect to see measures to address our concerns as a matter of urgency.”

A spokesperson for the government said it would study the recommendations and respond “in due course”.

“We recognise that schools are facing cost pressures, and we will continue to provide support to help them use their funding in the most cost effective ways, so that every pound of the investment we make in education has the greatest impact.

“This includes improving the way they buy goods and services, while our recently published School Buying Strategy is designed to help schools save over £1 billion a year by 2019-20 on non-staff spend.”

The 6 conclusions … and recommendations for action

1. The DfE does not have the arrangements in place to identify and act on threats to the quality of education as a result of efficiency savings

Recommendation: The DfE should publish, by the end of June, the indicators it monitor to check school outcomes and quality are not being adversely affected by savings. It recommends the indicators include curriculum breadth class sizes and pupil-teacher ratios.

2. Officials do not seem to understand the pressures that schools are under

The report states the department is only saying schools cam make savings based on “desk-based” analysis which only looked at certain types of schools.

Recommendation: The department should speak to headteachers about the efficiency challenges they face, how useful they find the department’s guidance and support, and what more the department could do to help schools make savings.

3. The apprenticeship levy will be an additional cost for schools – and they will only benefit in a limited way

“The department views the apprenticeship levy as an opportunity rather than a cost, as schools will be able to use the funds from the levy to increase the training available. However, schools have to use the funds within two years and the only way that schools can currently use apprentices is in back-office administrative roles, precisely the areas where the Department expects schools to make savings.”

Recommendation: “The Government should set out by the end of June 2017 the financial impact of the apprenticeship levy on schools.”

4. The department has not assessed the impact of all the cost pressures the government is placing on schools

“While the department must assess and fund extra costs for local authorities from new powers, duties and other government-initiated changes, it does not have to do the same for schools.”

Recommendation: “The department should publish by the end of April 2017 the results of its work to assess the impact of withdrawing the Education Services Grant and it should routinely assess and make public the cost implications of policy changes including curriculum and assessment changes.”

5. The EFA’s approach to oversight means it has not intervened in all schools at financial risk

“The way in which the agency has applied its intervention criteria means it has not intervened as often or as early as it should have in local authorities with maintained schools at financial risk.”

Recommendation: The Education Funding Agency should set out by the end of June 2017 how it will refine its approach to intervening with local authorities and academies, including how and when it will evaluate the effectiveness of its interventions.

6. The DfE is not learning from the NHS

“Schools are now facing similar pressures to other sectors but the department does not seem to be learning from this experience, in particular from how over-ambitious efficiency targets in the NHS proved counter-productive.”

Recommendation: The department should write to us by the end of June 2017 outlining how its approach to schools’ financial sustainability reflects lessons from the experience of other sectors, in particular the Department of Health and the NHS.